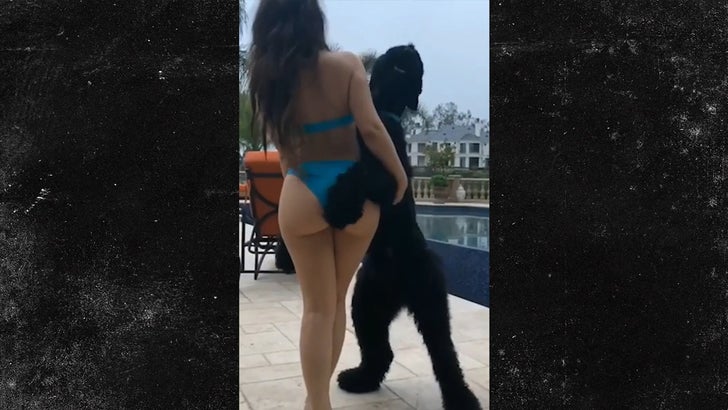 Hef was sexually assaulted during a photo shoot with a hot bikini model, TMZ has learned ... and we should say ... Hef is a dog.

The model's name is Deyana Mounira, and 2 weeks ago she showed up for a photo shoot at the home of a guy named Tony Toutouni ... who says he's "Instagram famous." Dude does have 1.5 million followers. Anyway, during the photo shoot ... Tony says Deyana started playing around with his dog, Hef.

Tony says Hef was totally into it, and started mounting and thrusting and "even appeared to place his front legs on [her] buttocks." 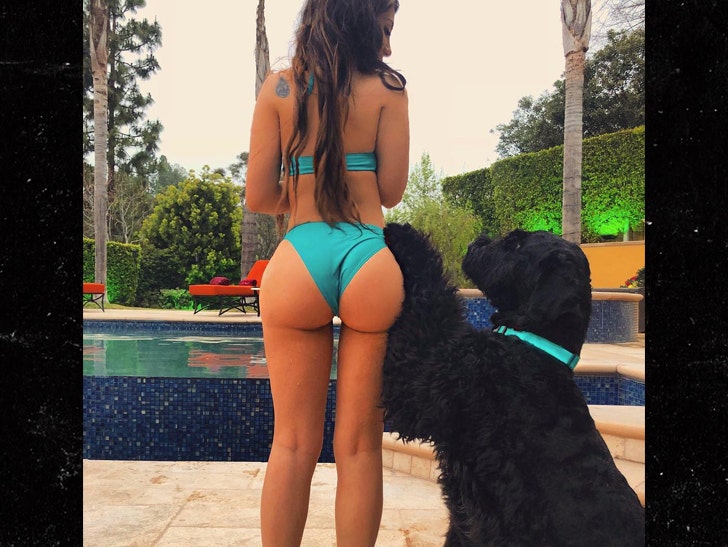 In the suit, filed by attorney Ardy Pirnia, Tony says he told Deyana and the photog he did NOT want the footage on the Internet ... and they agreed. However, the video and photos showed up on her IG a couple days later.

Gotta say, the video's pretty damning, although it's hard to tell who's the aggressor. Tony later posted the video himself, but added the caption, "I can't believe this Thirsty girl used my dog to gain followers."

Tony is suing Deyana for fraud and infliction of emotional distress (on Tony, not Hef). Good luck proving it, but he wants her to fork over $1.5 million in damages.

As for Hef ... based on a pic posted this week, seems like he's recovered. Bow wow wow. 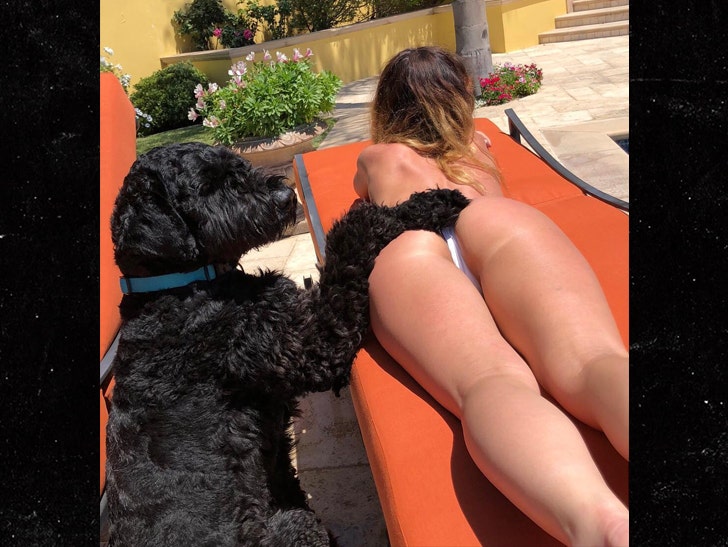 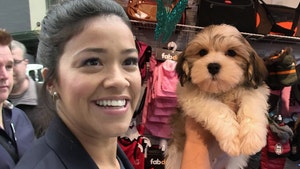