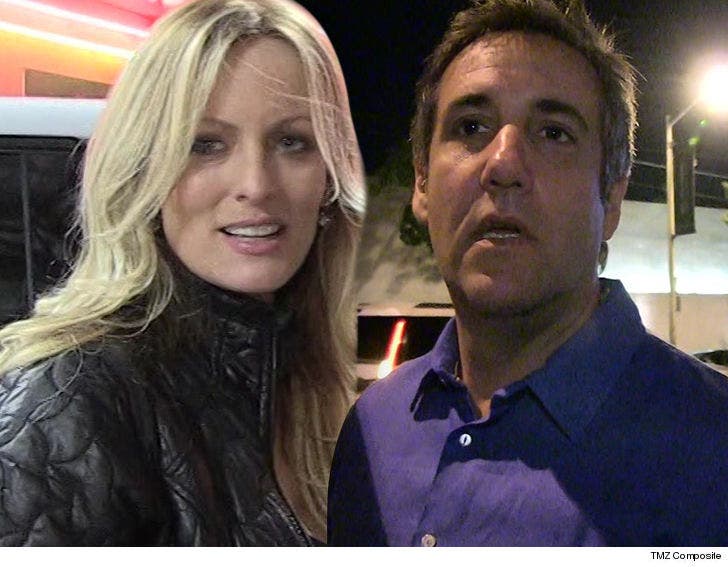 Stormy Daniels is demanding she and her attorney have a say in the government's case against Donald Trump's attorney, Michael Cohen.

Stormy and Michael Avenatti filed a motion to intervene which, if granted, means she would be able to participate in Cohen's case. You'll recall the feds seized a ton of documents from Cohen's office, and it appears Stormy thinks some of them could relate to her dealings with Trump and Cohen.

In particular, the "hush" agreement she's fighting to have invalidated would likely be included in Cohen's files. The documents could include her privileged communications with her attorneys which she might not want to go public.

The judge hasn't ruled on her motion, but she's obviously giving Cohen the ol' white-on-rice treatment.