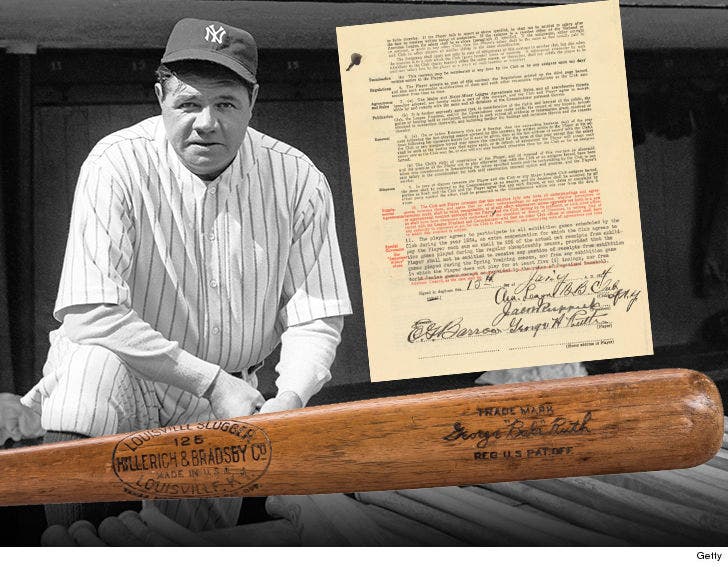 A Louisville Slugger bat used in an MLB game by Babe Ruth just sold at Goldin Auctions for just under $200,000!!!

Experts have determined the bat was used during Ruth's 1929 and 1930 seasons ... but the exact game (or games) in which it was used is unclear.

Authenticators were able to confirm the details on the bat (weight, length, style) sync up to the bats Ruth ordered from Louisville Slugger during that time period, Goldin says. 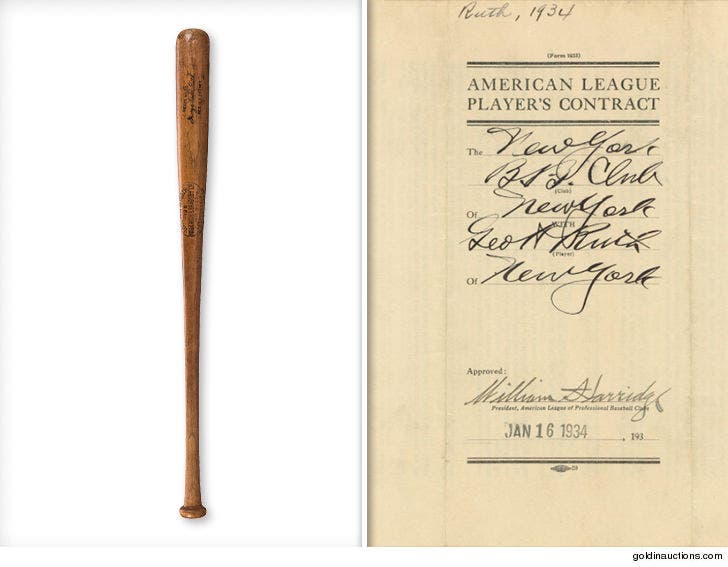 To compare, Aaron Judge's bat is 35 inches long but only weighs 33 ounces.

Goldin says the final price on the Ruth bat was $196,400. The identity of the buyer has not been made public.

He signed the contract with his name, "George H. Ruth."

Fun Fact: Ruth only made $35k that season after taking a pay cut from the $54k he made the previous season. 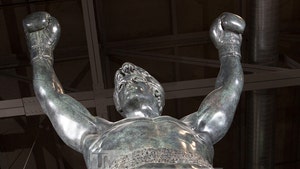