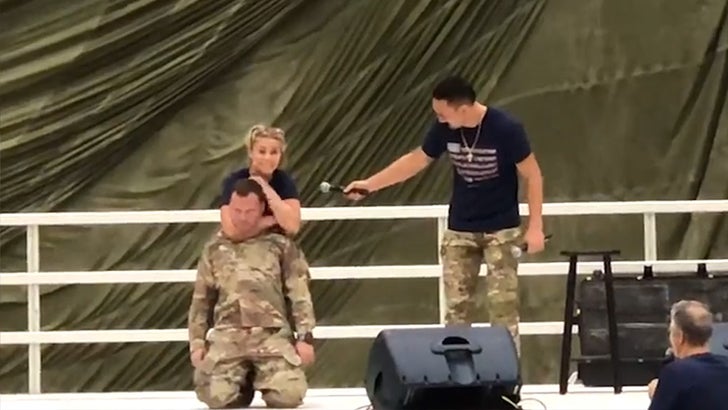 UFC superstar Paige VanZant was giving a rear naked choke demonstration to U.S. troops during a USO event with Max Holloway ... when she actually CHOKED OUT THE DUDE UNCONSCIOUS!!!

VanZant had selected a volunteer who agreed to let Paige apply the choke in front of a crowd of very excited soldiers.

But, just a few seconds after she began to squeeze, the soldier's lights went out -- and when Paige released the hold, he collapsed to the floor.

Don't worry ... the soldier got right up and appeared to be okay -- even waving to the crowd, which had erupted in cheers! 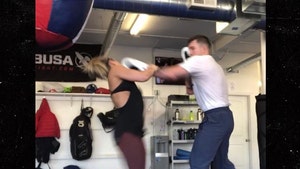 Paige VanZant & Fiance Trade Punches, The Couple That Spars Together ...