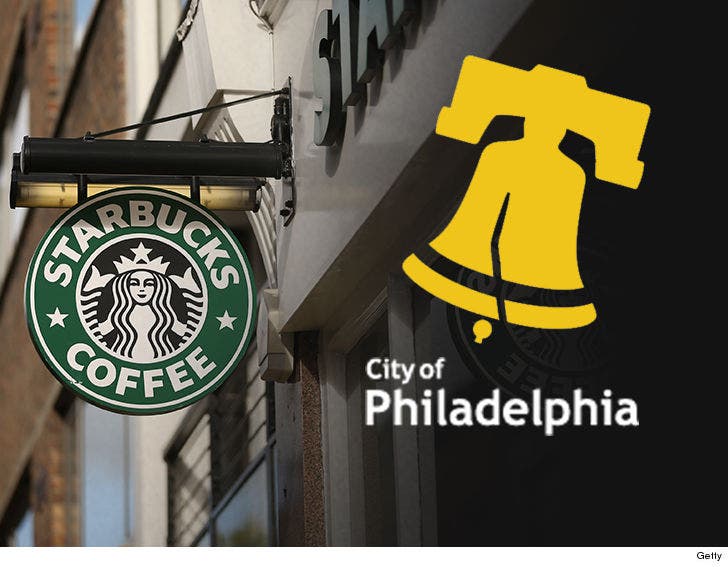 10:56 AM PT -- Starbucks just announced it has also reached a financial settlement with the 2 men. Terms of the deal were not disclosed.

The 2 black men whose arrest at a Philadelphia Starbucks sparked an uproar have settled with the City ... for a symbolic $1 each and a promise from city officials they'll set up a $200k program benefiting young entrepreneurs.

You'll recall Rashon Nelson and Donte Robinson were arrested last month after the manager at the coffee giant's Philly store said she called police because the men refused to buy anything or leave. The arrest sparked outrage ... from customers in the store and ensuing protests, to T.I. calling for a boycott.

The men had said they were waiting for a business meeting about a potential real estate deal. The Associated Press first reported the settlement. The Starbucks manager who called cops has since left the company.

Starbucks CEO Kevin Johnson personally apologized to the men and said all stores would close on May 29 for racial-bias education training.