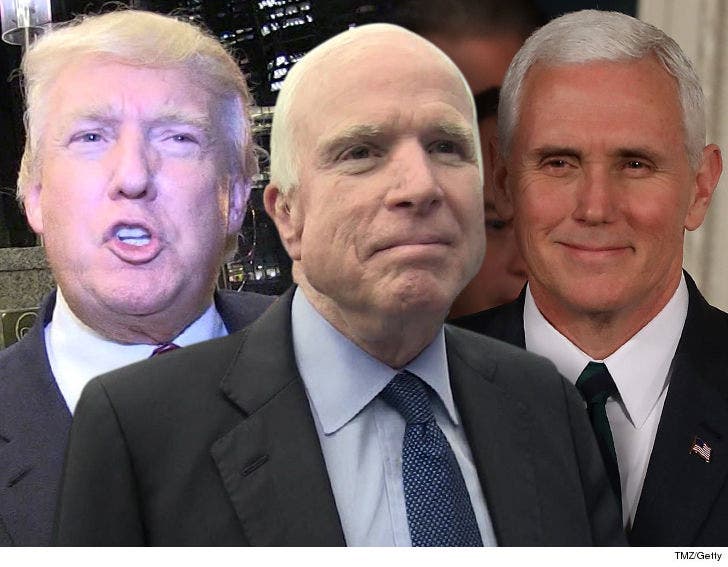 John McCain's health is apparently concerning enough to begin planning for his funeral -- and Vice President Mike Pence is on the invite list ... but not President Trump.

Those close to the Arizona Senator have told the White House they want Pence to attend his eventual funeral, but Trump -- who's had a contentious relationship with McCain -- isn't welcome ... according to a New York Times report.

As we reported ... McCain was diagnosed with brain cancer last July and has been undergoing treatment. Despite his condition, he's still been fulfilling his duties as a Senator by visiting D.C. when he can and communicating with his staff.

McCain also announced his upcoming book -- a memoir called "The Restless Wave" -- will be his last.