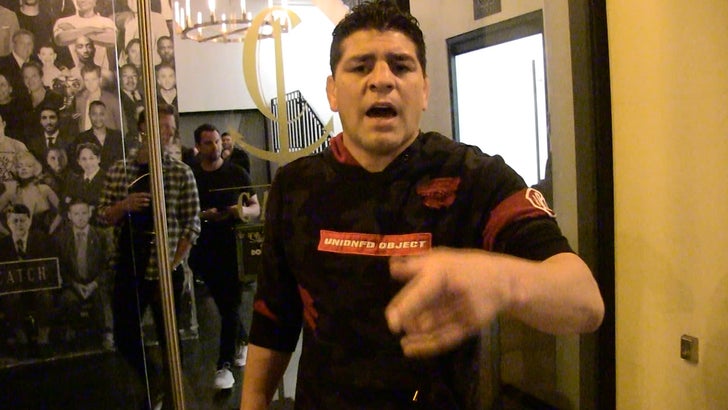 UFC superstar Nick Diaz says he was poisoned "with some kind of weird ass drug" before he fought Georges St-Pierre back in 2013 ... telling TMZ Sports there was a diabolical plot against him.

Diaz was leaving Catch in L.A. Friday night when we asked about the allegations his brother Nate made about GSP -- that he was a steroid cheater at UFC 158, a fought Nick lost in a 5-round unanimous decision.

Nate had previously said he will not fight GSP until he admits he cheated publicly.

Enter Nick ... who doubled down on the cheating allegations and then accused someone -- he doesn't name anyone specifically -- of poisoning an IV he was administered before the fight in Montreal, GSP's hometown.

Diaz insists he was in the best shape of his life at the time but something caused his body to fail on the night of the fight ... and he believes he was sandbagged.

Nick also touched on his previous allegations that the Quebec Athletic Commission didn't really test the fighters before his match with GSP, and his proof is ... he knows he should have tested positive for weed, but didn't.

Dana White has said he's trying to make a superfight between Nate and GSP happen in the near future -- but Nick is adamantly against it. 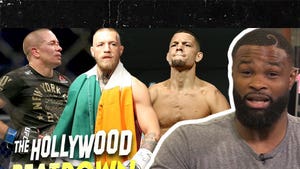