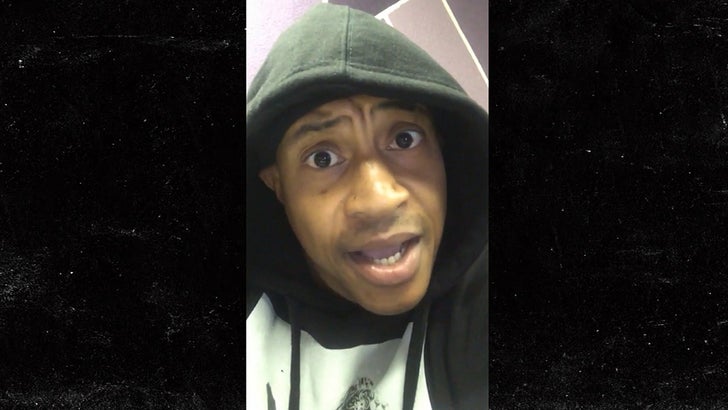 Orlando Brown is finally opening up about being arrested last month in his underwear, saying the experience has left him traumatized and he plans on suing the men who came after him.

TMZ broke the story ... bounty hunters -- not cops -- raided the home where he was staying in Las Vegas. They found him hiding in an upstairs closet in his underwear ... and the whole thing was caught on video.

The former "That's So Raven" star says he'd been going through a lot at the time, especially with his family, and was afraid for his life since bounty hunters have the right to shoot.

One of the hunters also called him a derogatory name and Orlando's getting ready to make him pay for it. Literally.