Orlando Brown was arrested for an outstanding warrant, but not by cops -- by determined bounty hunters who busted into a man's house and found the former "That's So Raven" star hiding ... in his underwear.

We're told the crazy video footage -- obtained by TMZ -- is from a raid by Lucky the Bounty Hunter in Las Vegas around 6:30 AM Friday. It starts with Lucky and his team trying to enter, but getting pushback from the homeowner, who claims they have no legal right.

Lucky tells us he had legal paperwork and warrants so they were allowed to enter the home and look for Orlando ... so they made it happen by force. After an intense search, they found Brown hiding in a bedroom closet in a t-shirt and boxers and made the arrest.

As we reported ... a judge issued a warrant for Brown when he failed to appear in court last month for another case -- for allegedly striking his girlfriend last year in Torrance. 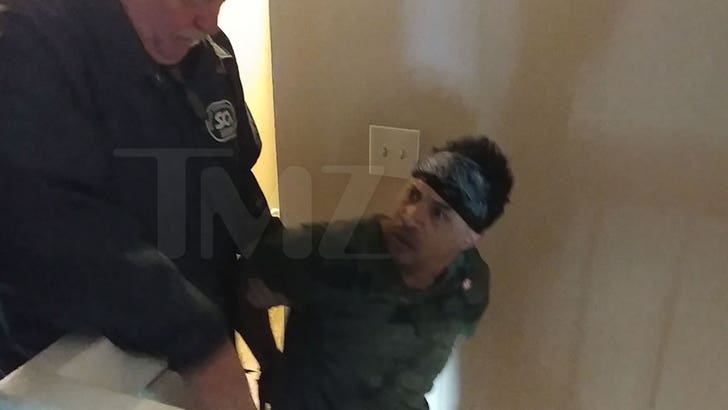 The owner of the Vegas home tells us he was letting Brown stay there as a favor for a music producer neighbor, but he got concerned about harboring Brown when his fiancee showed up Thursday night ... saying he was a fugitive.

The homeowner's pissed too ... he believes his home was entered unlawfully and claims his door was damaged and his shoulder was injured. He plans on contacting authorities soon about the raid to see if his rights were violated. 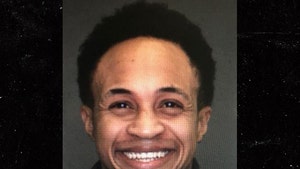