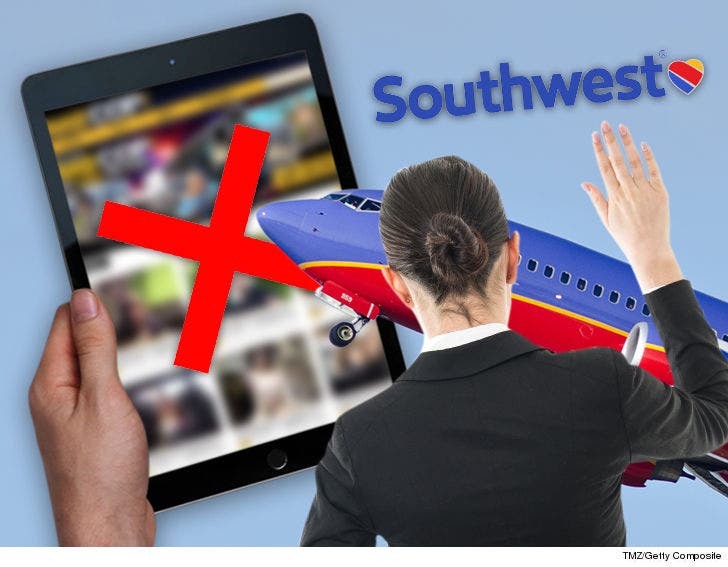 The passenger added, "Twice now his body has started shaking in the throes of his orgasmic bliss. I’m so disgusted."

According to the passenger, the alleged dirtbag whipped out his penis in plain sight, ejaculated into a cocktail napkin and then handed it to a flight attendant to throw away.

"There’s no way your staff working on this flight haven’t witnessed what’s been happening," the woman said.

A rep for Southwest replied to the passenger on Twitter -- telling the woman to alert a flight attendant -- but the passenger refused because she felt it would put her "at risk."

Southwest then told the woman to speak with a crew member after the flight landed. The passenger did not like that plan either.

"Fine. I will stay aboard until everyone else gets off the flight, continuing the torture, because that’s exactly what someone who is being assaulted like this wants to do."

Southwest followed up with the passenger, saying, "I'm so sorry you had such an unpleasant flight, especially since you feel we should have done more to address this situation."

We spoke to the female passenger who tells us, upon landing, she waited in her seat to speak with the crew. She says the alleged masturbater waited a little while as well, then finally patted her on the head, said, "Hope you enjoyed the show" and left.

The female passenger says she spoke with the plane's crew who referred her to a local supervisor who could only offer her a dinner voucher. She's now in contact with SW's honchos.

A rep for the airline tells us, "We're looking into reports that a Customer was viewing material deemed inappropriate by another Customer. At this time we have nothing further to share."

Southwest also said the incident report has been kicked up the chain to senior leadership. 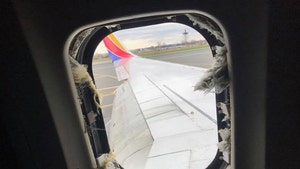