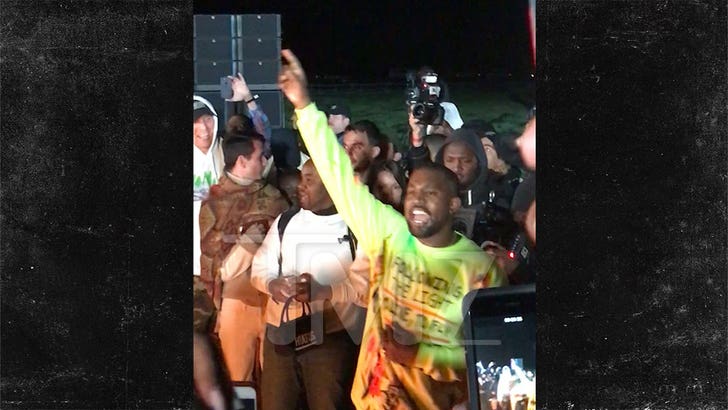 Kanye West premiered his latest album, "Ye," to a couple hundred lucky fans by a campfire Thursday night in Wyoming ... and his lyrics ranged from thoughts of suicide, his wife Kim Kardashian West, and success.

Kanye's opening track featured verses discussing thoughts of suicide and murder. Fans hung on every word during the solemn track. He played all 7 songs from the new project on repeat while other celebs, including, Kim, Scott Disick, Pusha T, 2 Chainz, Kid Cudi, Desiigner, Nas, Big Sean, former manager Scooter Braun, Dame Dash and Chris Rock huddled around and sang along with the rapper. 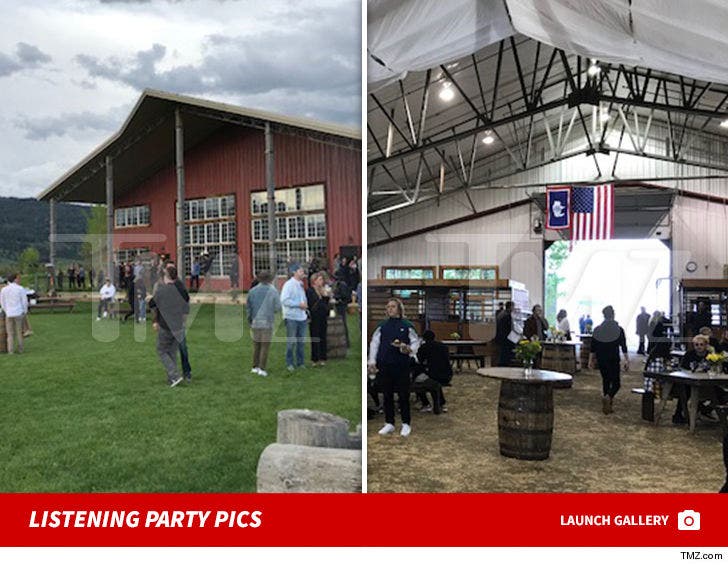 Ye's other tracks included a song which mentioned his wife, Kim Kardashian West, calling the rapper and shouting ... Ye's lyrics, "Wifey call say we could lose it all ... had to calm her down. I say she could leave me now or not at all." Many in attendance thought Kanye was referring to the backlash﻿ from his interview on "TMZ Live."

Those in attendance were treated to an extremely up close and personal listening experience with the rapper before making the trek back to Jackson Hole. 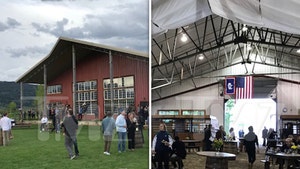