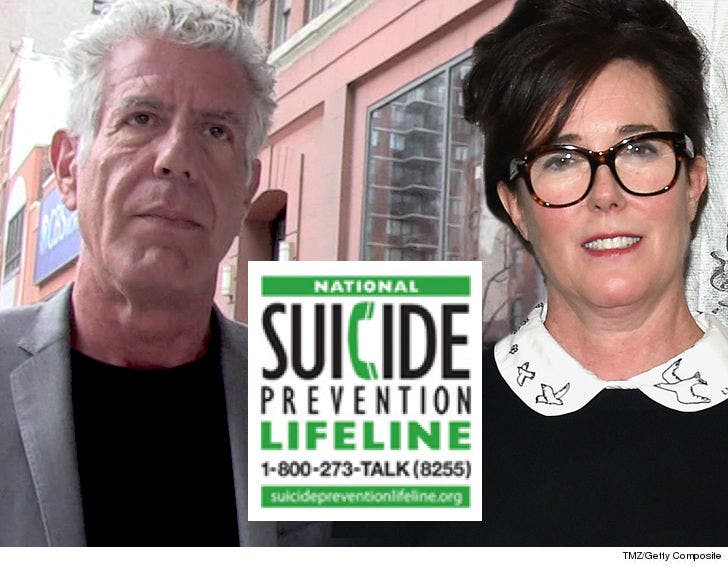 The tragic deaths of Anthony Bourdain and Kate Spade by suicide have sparked a wave of calls to the National Suicide Prevention Lifeline ... TMZ has learned.

The Mental Health Association of New York tells TMZ ... the hotline has experienced a 25% increase in call volume compared to this time last week. The number has been shared by tons of celebs, which the MHA says has resulted in more people "being aware of the resource and calling the Lifeline to get help."

Stunned and saddened by the loss of Anthony Bourdain. He brought the world into our homes and inspired so many people to explore cultures and cities through their food. Remember that help is a phone call away US:1-800-273-TALK UK: 116 123

The association has proven to deescalate moments of crisis and help people find hope. Last year alone, the Lifeline answered 2 million calls. The increase in calls comes on the heels of the CDC saying suicide rates in the U.S. increased more than 25 percent since 1999.

7:00 PM PT -- Nobody is immune, either. Anthony's mom, Gladys Bourdain, told the New York Times she had no indication he was thinking of suicide, saying, "He is absolutely the last person in the world I would have ever dreamed would do something like this."