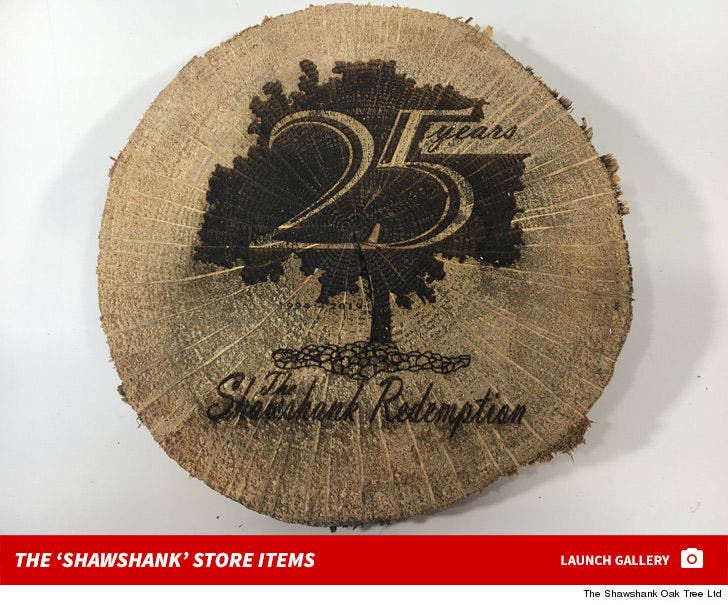 The famous oak from "The Shawshank Redemption" is the ultimate giving tree, 'cause 25 years after the movie came out ... it's still giving fans a way to celebrate one of the all-time classics.

As we've told you, the tree where Andy left his note for Red before hightailing it south of the border, suffered severe damage in a 2016 thunderstorm. The owners of the Ohio property where it stood have been using the lumber to make collector's items, and they've got a special one to mark next year's 25th anniversary.

We're told some of the final slices of the trunk are getting a special engraving to mark the occasion and, yes ... they're for sale. $65 a pop. 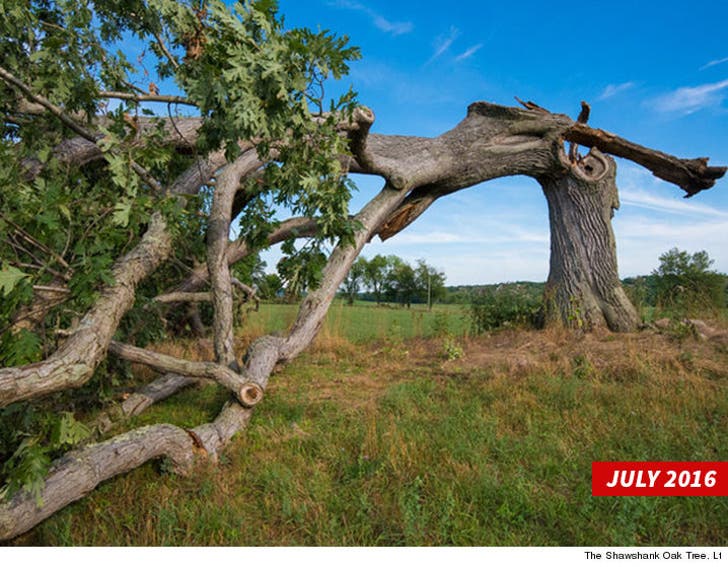 They'll be available starting this weekend at Shawshank Hustle -- an annual race and festival in Ohio -- and also online.

Don't worry, super fans ... they're not cashing in on the WHOLE tree. We're told the owners already set aside a large piece that will remain inside one of the filming locations ... the Ohio State Reformatory.