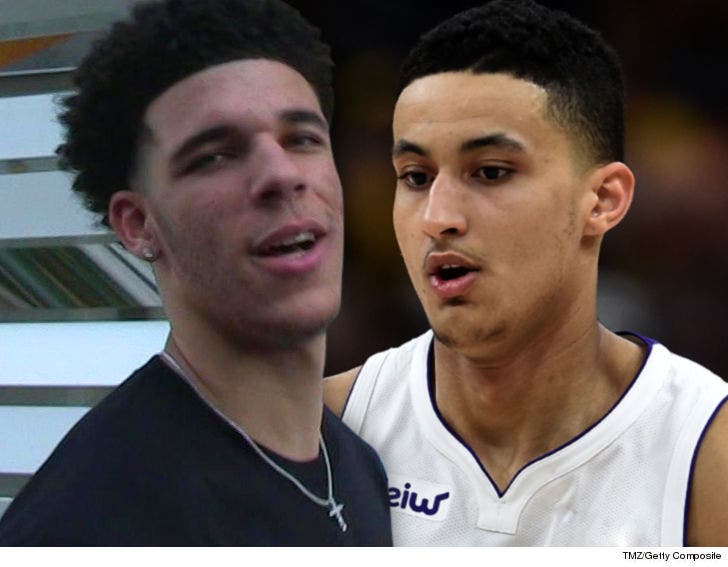 The rap dropped Monday afternoon ... and Ball goes for the jugular on a few occasions, throwing around disses for two straight minutes.

"Who are you without ZO2? Just another dude with a bunch of tattoos," Lonzo rapped.

"Boy, you talking crazy. Why you trying to play me? You ain't on my level, you ain't famous as my baby."

There's more ... Lonzo goes after Kuzma's style relentlessly, jabbin' at the fleece outfits he rocks and the "Kuzmania" shirts he's been trying to sell.

"You want smoke, you can get it, dressing for attention. Trying to be Russell Westbrook, you just honorable mention."

Zo, Kuzma and Josh Hart have playfully gone after each other all season on social media ... but did Zo's rhymes cross the line?? 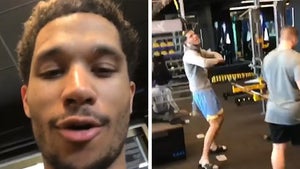 Lonzo Ball Clowned By Teammate for Bumping Own Music In Gym