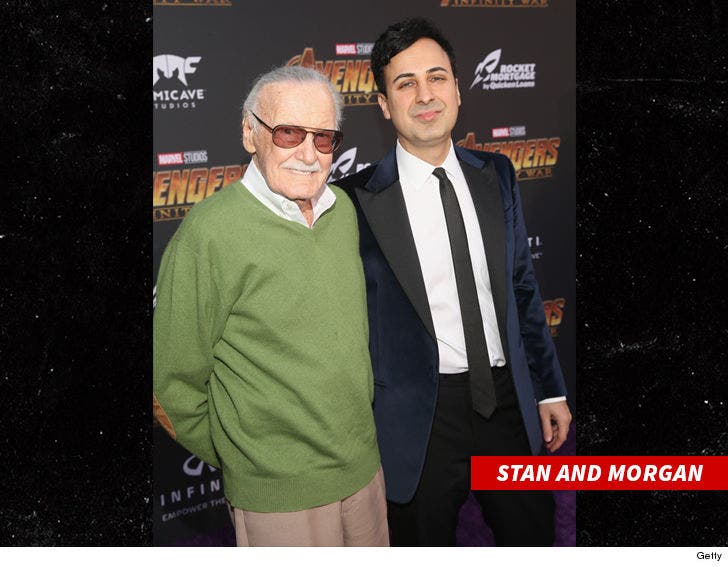 2:22 PM PT -- According to the docs -- obtained by TMZ -- the order was filed by Stan's former attorney, Tom Lallas. Lallas claims that Morgan took control of Stan's home in February and moved him to a condo in June ... he says Morgan has isolated Stan from friends and family members.

As for the incident with the gunmen, the docs claim on May 30 cops and adult protective services conducted a welfare check on Stan. Lallas says Morgan arrived to Stan's home during the welfare check but was kept out of the home by security guards. The docs claim Morgan then made a false 911 call telling cops 3 unidentified burglary suspects (the detectives) were inside with Stan and had locked everyone else out.

A judge has granted the order -- which says Morgan must stay 100 yards away -- and a hearing is scheduled for July 6.

He continues, "This is a witchhunt by his daughter and her lawyer against me because she cannot stand the fact Stan likes me so much. I will 100% prove beyond a shadow of a doubt that the allegations against me are false. And I will definitely take legal action against anyone who is making up these lies. The truth will come out."

Stan Lee has gone to court to ask for protection against his presumably soon-to-be-ex-business partner and friend, Keya Morgan.

Lee was granted a restraining order in Los Angeles on the heels of Morgan's arrest on suspicion of filing a false police report. It was reported Morgan may have lied when he called cops after two suspected gunmen allegedly showed up at Stan's Hollywood Hills home on the night of May 31 demanding money.

The case type of the newly filed docs is "Elder/Dependent Adult Abuse Prevention."

Morgan's been a constant fixture at Lee's side over the last year -- helping create videos with the Marvel legend at his home -- and accompanying him to conventions.

Stan's had a rough year ... battling pneumonia as well as money issues. He filed a BILLION dollar lawsuit last month against POW! Entertainment claiming the company took advantage of him and stole his name.

He also claimed a former business partner stole his blood and used it to fill pens that would sell as collectables for a fortune, and also used it to stamp his signature on certificates of authentication on certain comic books. 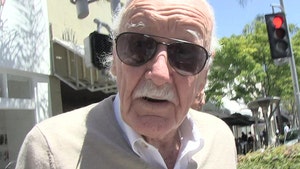