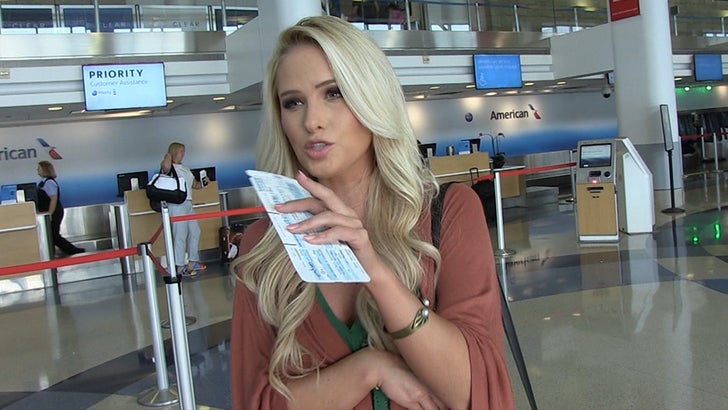 Tomi Lahren says civility is dead -- on the Left -- because she'd never treat someone the way Sarah Huckabee Sanders got treated at a Virginia restaurant ... not even Colin Kaepernick.

We got the FOX News contributor at LAX Saturday, and she slams the recent trend of conservatives being booted from restaurants due to their political allegiances. Tomi backs up her take with a hypothetical scenario of being seated next to the unsigned NFL QB and how she'd handle it.

She says, "Even though everyone knows I vehemently disagree with everything he says he stands for" ... she claims she'd walk up to Kaep, shake his hand, and the 2 would have a good convo.

Tomi says it's all about respect, and the "weak" left has none of it ... a stance she echoed earlier on Twitter.

Goes to show the Left is so unloving and intolerant they can’t even be in the same restaurant with a kickass conservative woman like Sarah. Imagine being that weak of a human you can’t stomach proximity to someone you disagree with politically. Weak! https://t.co/Kdc5Rs8lE7

Don't forget, Lahren received some impolite treatment at a Minneapolis bar last month ... so you can't say she doesn't have some experience on the subject. Bryan Cranston says he does, too. 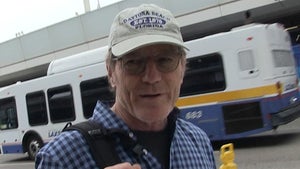 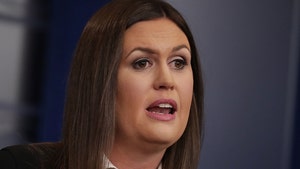 Sarah Huckabee Sanders Kicked Out of Restaurant on Moral Grounds