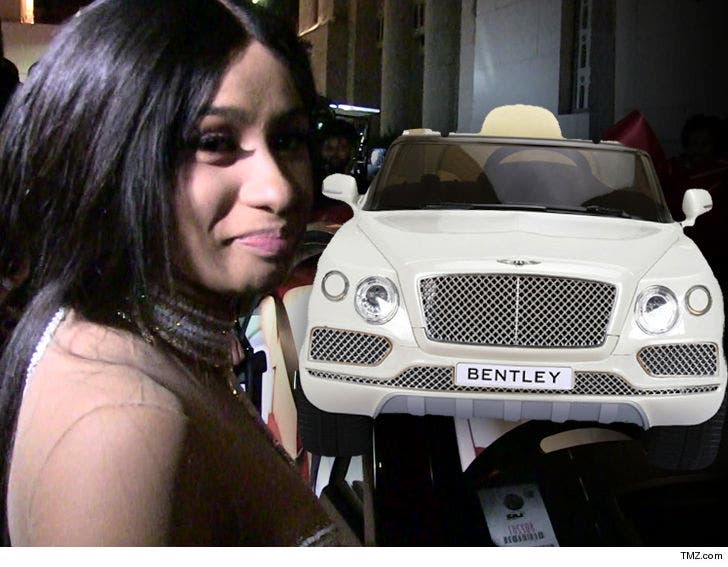 Cardi B blinged up her baby registry ... just in time for her baby shower.

Sources close to the rapper -- who's in her final month of pregnancy -- tell us she's asking for a few more big-ticket items for her daughter ... including a battery-powered Bentley Bentayga, so her girl can ride in style like her mom ... eventually.

The mini kids' version of the luxury whip goes for $700 ... which is chump change compared to the $2,799 baller bassinet Cardi's requesting, to be completely covered in gold leaf for an extra $839. 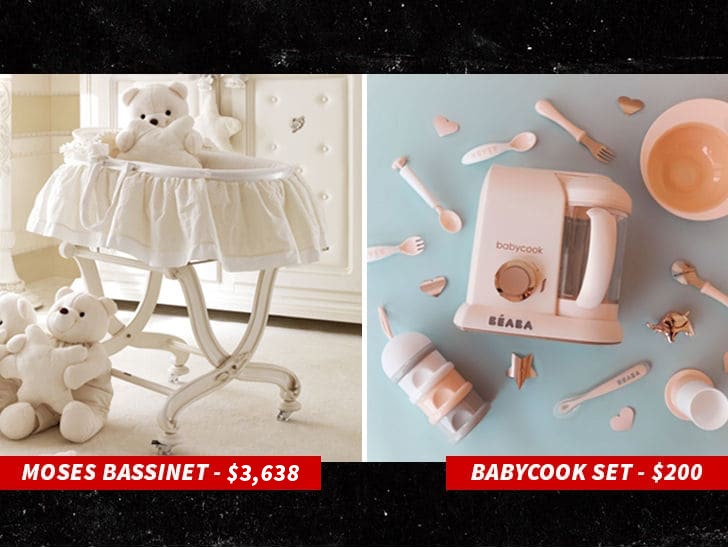 Cardi's baby shower went down in Atlanta this weekend, and if you're wondering if she actually got these items on her registry ... our sources say that's a yes. 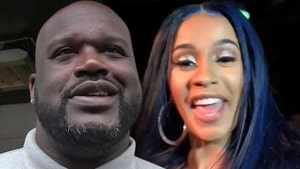 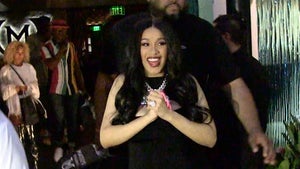