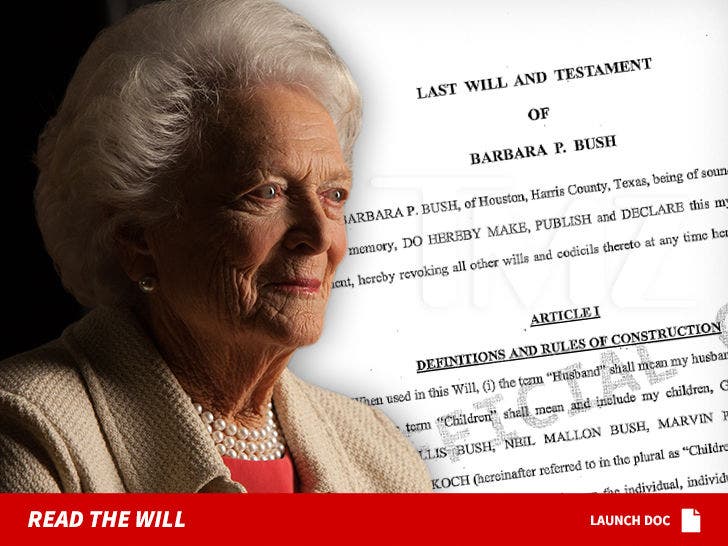 Everything Barbara Bush left behind is, not shockingly, in the hands of her 94-year-old husband, George H.W. ... for now.

According to the doc -- obtained by TMZ -- H.W. is the executor of Barbara's estate, but the doc also reveals a clear line of succession in the fam. George W. and Jeb will control the estate when 41 passes away. H.W.'s had many health scares -- most recently, he was hospitalized last month for low blood pressure and fatigue.

After W and Jeb, there's a second tier -- the other 3 kids ... Neil, Marvin and Dorothy would be co-executors in the event their big brothers can't do it.

As we reported ... the former First Lady and wife of H.W. Bush died at her home surrounded by her family back in April. She had been suffering from congestive heart failure and Chronic Obstructive Pulmonary Disease (COPD). Barbara was 92. RIP.