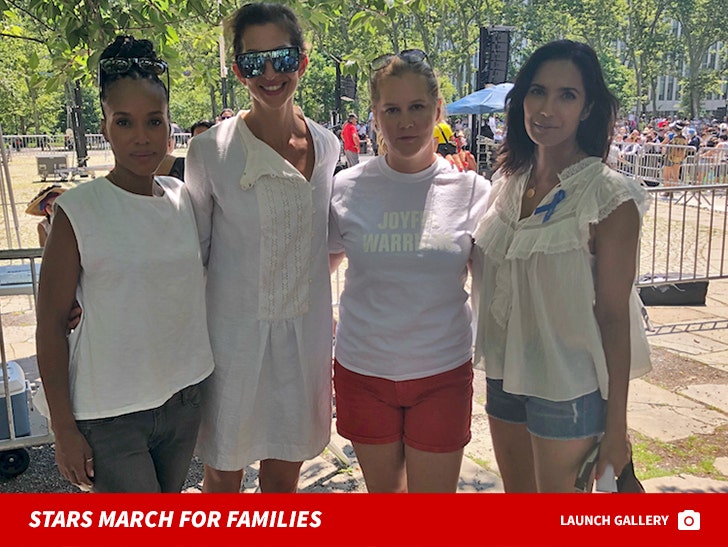 Hundreds of thousands of people turned out across the U.S. Saturday -- at more than 600 locations -- to rally for immigrant families and demand President Trump's administration reunite kids separated from their parents at the border.

Singer John Legend just sang his new song "Preach" to protesters in Los Angeles. Before that, he said: "You can't just talk about it or tweet about it. You've got to do something." pic.twitter.com/xMvt3uOCfq

John Legend and Chrissy Teigen were in attendance in L.A., and the singer gave a short speech about not giving up the fight for families before debuting a new song.

"Orange is the New Black" actress Diane Guerrero also gave an impassioned and tearful speech in D.C. about her own experience of getting separated from her parents when she was 14.

"Orange Is the New Black" actress Diane Guerrero describes being separated from her family at 14-years-old. https://t.co/vIBv8MIK6M pic.twitter.com/J6vp7bC12L

Though the Prez signed an executive order to keep immigrant families together 10 days ago, protests have not died down ... because progress has been reportedly painfully slow. 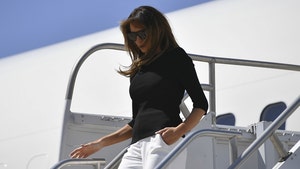