Tim Tebow's bat has been hot lately ... but, his defense -- not so much, 'cause the ex-NFLer and current Mets farmhand took a ball straight to the dome in a minor league game Monday night!!

It all went down in Portland, Maine in a tilt between Tebow's Binghamton Rumble Ponies and the opposing Portland Sea Dogs ... when Josh Ockimey belted a ball deep to Tebow in left field.

The ball hit high off the wall and came crashing down ... right at Tim's head.

It clanked off his head -- rolled all the way to the fence in foul territory ... and ended up as an RBI triple.

By the way ... Tebow IS an All-Star this year, getting named to the Eastern League roster last week.

And, hey ... even MLB legends make blunders with their heads in the outfield every once in a while ... 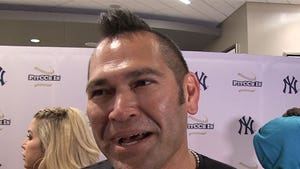 Johnny Damon Says Mets Should Call Up Tim Tebow, 'He Knows How to Win' 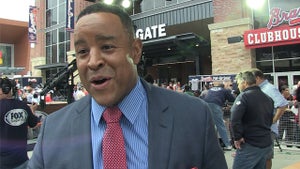