George Lopez gave Donald Trump's Hollywood star his version of the No. 1 treatment ... unleashing a massive fake pee stream all over it.

The comedian -- who has made no bones about his beef with the Prez -- was in Hollywood Tuesday and coincidentally found himself right in front of Trump's star on the Walk of Fame. After chatting up fans, George decided to unload his water bottle a la fake pee on Trump's marker.

Check it out ... everyone seemed to enjoy the spectacle, and GLo was pretty relieved too. (Pun intended).

Not the first time Trump's star's been targeted. You'll remember the toilet incident, this sticky situation and, of course, the infamous pickax job. 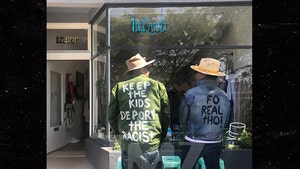 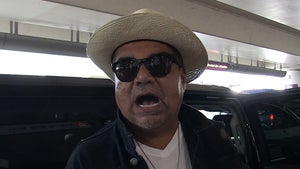