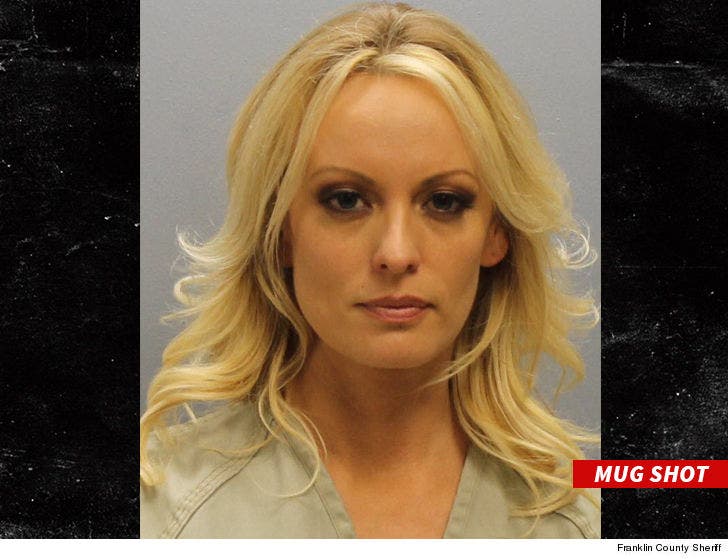 Stormy Daniels was arrested Wednesday night over an incident at a strip club, and it sounds like she got nailed in an undercover operation.

Stormy was performing at Sirens ... a Columbus, Ohio strip club. She was arrested for allowing a patron to touch her in violation of Ohio law. According to the law, only family members can touch a nude or semi-nude dancer.

That patron was actually Columbus PD's Officer Mary Prather. According to police docs, Stormy put both hands on Officer Prather's butt and breasts ... and then put her breasts in the cop's face.

In other words ... Stormy was done in by motorboating.

She was booked and released early Thursday morning on a $6,000 bond.

Her lawyer, Michael Avenatti, concedes the patrons did indeed touch his client but he describes it as a "non-sexual way."

Avenatti went on ... "This was a complete setup ... it's absurd that law enforcement resources are being spent to conduct a sting operation." He went on to allege it was a politically motivated arrest.

For the record ... motorboating is kinda Stormy's thing onstage. We got video of her stripping earlier this year in Florida and patrons were all up in her chest, although, touching laws might be more lax there than in Columbus.