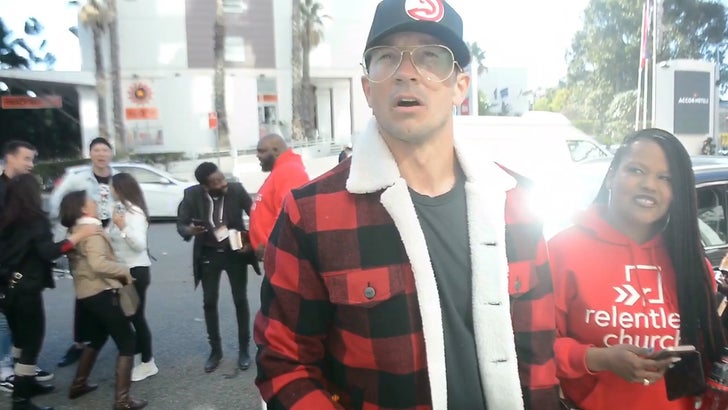 Carl Lentz -- the pastor at the Hillsong church who was inseparable from Justin Bieber -- appeared to have trouble congratulating Justin on his engagement, and we're told it's because the 2 have had a major falling out.

Lentz was in Sydney, Australia Friday when the photog asked about Bieber, and it's pretty clear Lentz was uncomfortable.

Sources connected to Bieber tell TMZ ... Justin became angry at Lentz a while ago and broke ties with the pastor.

Justin and his fiancee, Hailey Baldwin, have both been active members of Hillsong and continue to patronize the church but, at least as far as Justin is concerned ... Carl is history.

We contacted Lentz, who told us he will not comment on his personal relationship with Bieber.