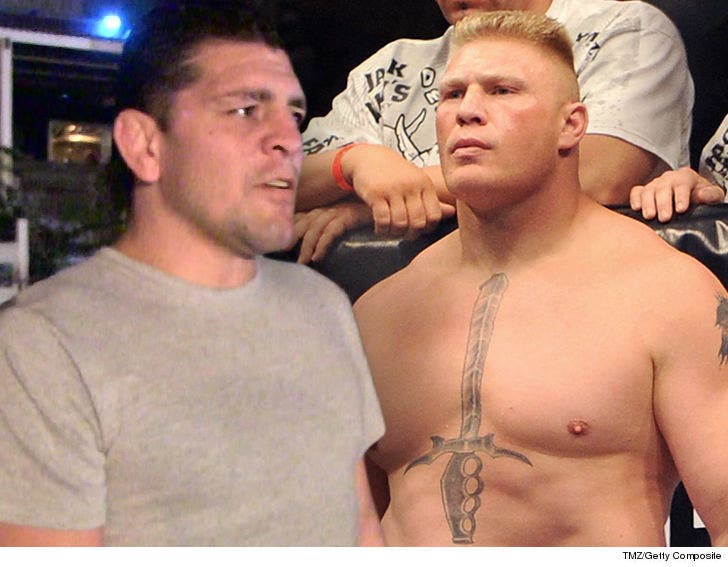 Nick Diaz just went scorched Earth on the UFC and some its biggest stars -- including Brock Lesnar who Nick rips as a cheater with a "dick chest" tattoo.

Diaz began his rant in the middle of the night -- going off on people crowning Daniel Cormier as the "baddest man on the planet."

"I’ll fight for any title at Any weight," Nick said on an angry IG post ... "UFC wants to make bs wwf fights with guys that fight like sh*t and put on an act."

He then ripped Cormier's upcoming fight with Lesnar -- saying, "[Dana White] should give me this fight instead of dick chest Brock Lesnars cheating ass #dontbescaredhomie."

"Nothing personal I love Dc but I don’t like what he does-constantly embarrassed for him and the sport."

"I started doing MMA because it’s not WWF and I’ve never put on A bs act in my life I’m sure fans would like to see a real fight." 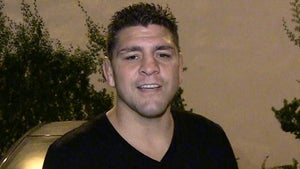 Nick Diaz On Domestic Violence Arrest, 'I Was Framed'