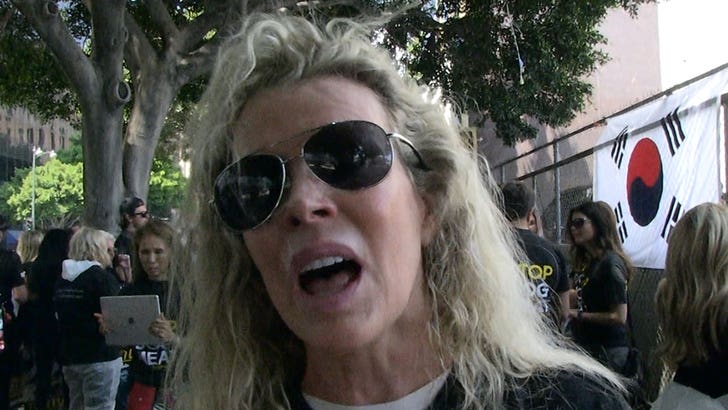 Kim Basinger held a photo of dead dogs skinned and hanging on hooks to protest the dog meat trade in Korea, but Priscilla Presley took it a step further ... by holding an actual dead canine.

We talked to Kim at the protest, which went down in L.A. Tuesday at the Consulate General of the Republic of Korea, and she says the demonstration is about speaking out against what's wrong ... and killing dogs is definitely wrong.

She admits the dog meat trade has been part of Korean culture, especially with the older generation in S. Korea ... but she thinks it's time for a change. 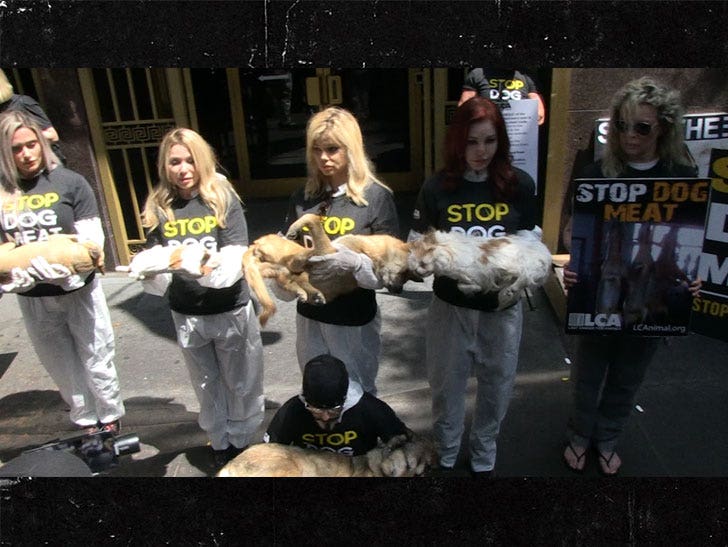 The protest itself got very graphic. Basinger and many others from the group Last Chance for Animals held signs with disturbing images reading "Stop Dog Meat" ... while Presley and a few other women looked to be holding dead animals.

Other celebs at the protest included Donna D'Errico and EG Daily and Basinger's boyfriend, Mitch Stone. There were also 2 more protests in D.C. and Seoul.

The poor dead dogs were reportedly recently euthanized and provided by a local L.A. vet for "shock factor."

It definitely did the trick. 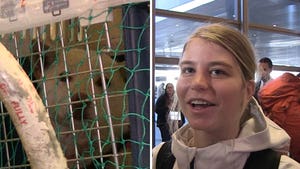 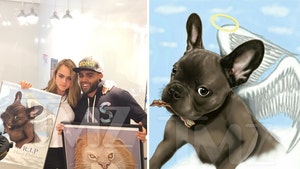 Cara Delevingne -- You Got a Cute Dead Dog ... Here, I Painted a Picture of Him (PHOTOS)