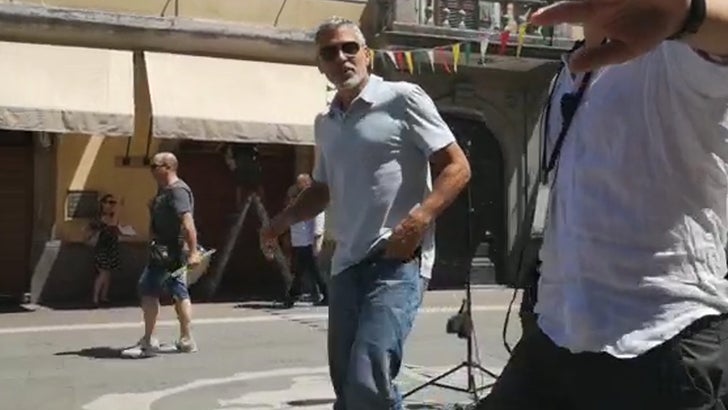 George Clooney's looking as good as new on set in Italy, and it's nothing short of a miracle ... considering his head-on scooter collision from less than 2 weeks ago.

George is filming "Catch-22" -- he's directing and acting in the miniseries -- and Friday he was moving quickly on set ... so quickly, it didn't even seem like there was a limp in his step from the accident. He was also lifting props without a problem. 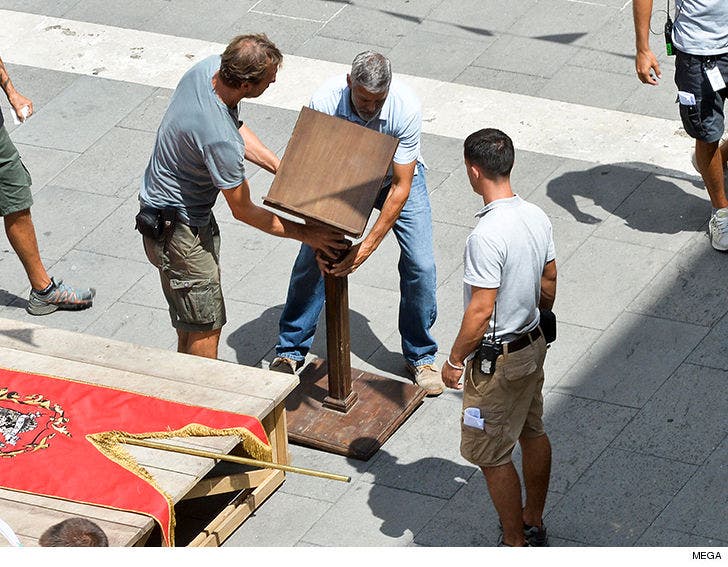 TMZ broke the story ... George slammed into a car going 60 mph in Sardinia. He went flying, nearly 20 ft into the air, before slamming down to the ground. Still, he walked away from the accident with bruises and zero broken bones.

He looked a little banged up getting onto his private jet a few days later, but looks like he's made a 100% recovery. 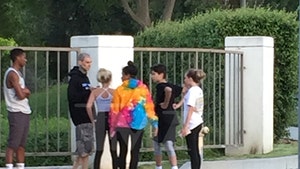 Travis Barker Gets in Accident With School Bus