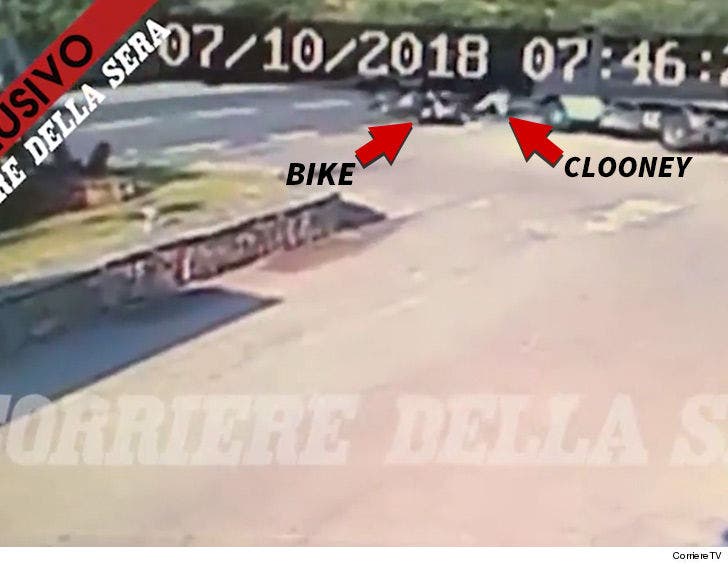 Surveillance video shows George Clooney on his scooter smashing head-on into a sedan, and how terrifyingly high he was launched into the air.

TMZ broke the story ... George was doing 60 mph when the Mercedes-Benz cut him off, but this video -- recorded by a nearby surveillance cam -- shows the Oscar winner was thrown nearly 20 feet straight up above the Benz.

You can see Clooney come smashing back down to the ground after the collision. He landed just inches from the front of a truck waiting at the intersection. The video shows something else that's new -- a second scooter. Someone riding next to George narrowly dodged the car, just milliseconds before he wrecked.

As we reported, George was briefly hospitalized for bruising on his arm, leg and pelvis.

He's already home recovering, but this proves it's freakin' amazing he even survived. 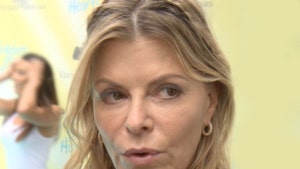