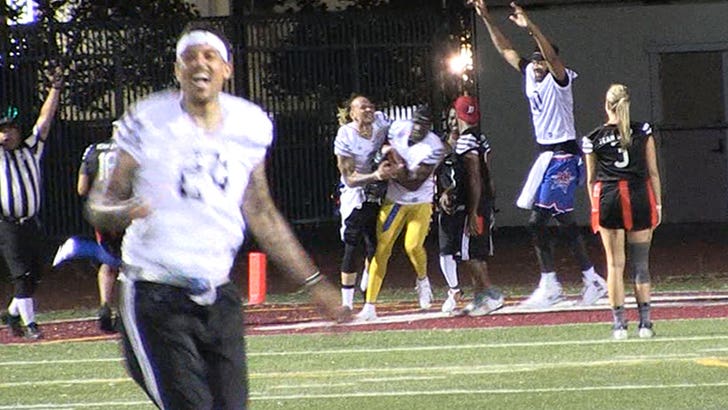 Terrell Owens made one helluva catch at Matt Barnes' charity football game on Sunday -- catching a 60-YARD HAIL MARY from another ex-NFL star ... with no time on the clock!!!

The QB was Kerry Rhodes (a safety in the NFL) who dropped back and slung a dime to Owens in the back of the endzone to tie up the game as time expired at the Athletes Vs. Cancer flag football game.

Everyone went crazy ... except for T.O., who played it cool (he's a Hall of Famer after all).

There's more ... one of the best highlights featured NBA star JaVale McGee -- who stretched his 7-foot physique to snag a ball above the heads of his regular-sized opponents.

It's a pretty sick highlight. 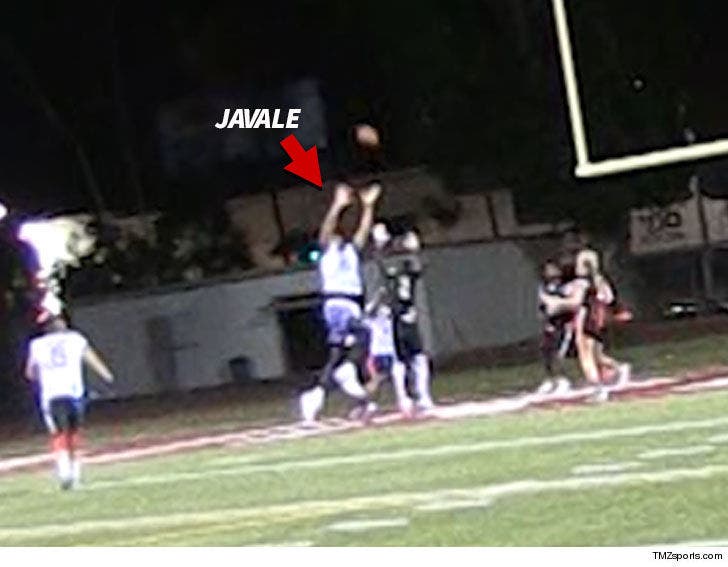 Tons of stars showed up to the event at Fairfax High School in L.A. -- from Snoop Dogg to Reggie Bush to Nelly, Baron Davis and Draymond Green.

Funny, Draymond told us he opted not to play because he didn't want to risk injury just a few months before the NBA season begins (ditto for Nick Young) ... but it didn't stop JaVale!

Props to everyone who participated and raised money in the fight against cancer. 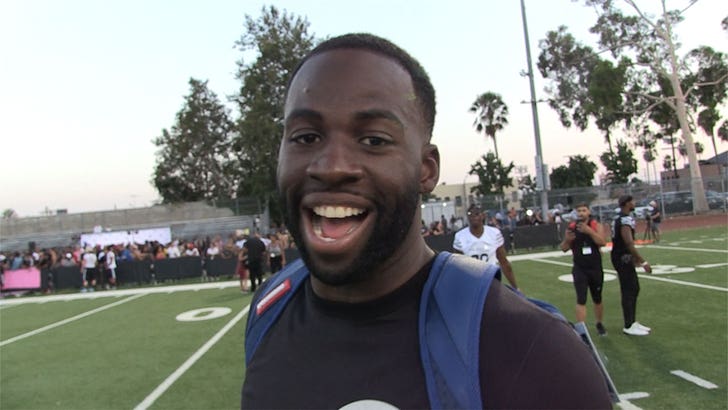 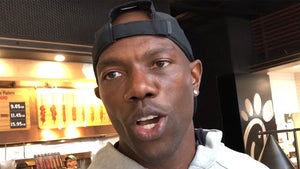 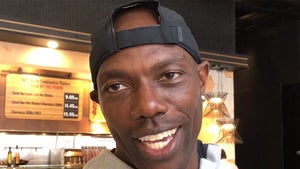 Terrell Owens Says He Was Kidding About Tom Brady Being a Cheater!