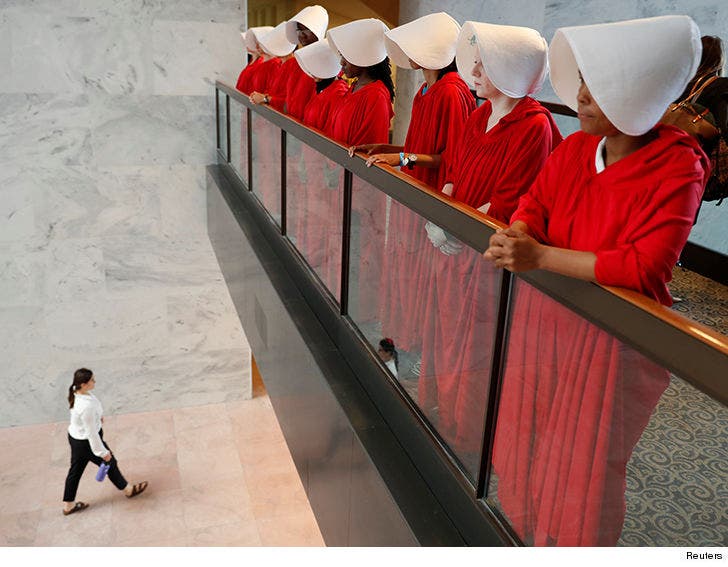 If Brett Kavanaugh watches 'Handmaid's Tale,' he's not going to like the demonstrations outside his Supreme Court confirmation hearings on Capitol Hill.

Protesters upset over Kavanaugh's possible ascension to the highest court in the land dressed as handmaids from the TV show -- a popular form of protest among women's rights activists.

Many are fearful Kavanaugh could become a powerful swing vote in the Supreme Court, one that could eventually overturn Roe v. Wade.

Kavanaugh's confirmation hearings began Tuesday, and it's sparked waves of protests in D.C. Brett is Donald Trump's pick for the Supreme Court. Kavanaugh would replace Justice Anthony Kennedy, and would almost certainly take a conservative stance on abortion.

Tuesday's demonstrators have at least one celeb on board with the cause.

Alyssa Milano recently posted this picture of herself dressed as a handmaid, with the red robe and white hat, holding a sign comparing Kavanaugh to the authoritarian regime from the TV show.

Critics of President Trump have drawn comparisons between the fictional regime in power in 'Handmaid's Tale' and his administration's stance on abortion, LGBTQ rights and religious freedom.

Bad news for Alyssa and co. as it looks more and more like Kavanaugh will soon join the Supreme Court. Brett needs only a simple majority to be confirmed, and Republicans hold a 1-vote majority in the Senate. 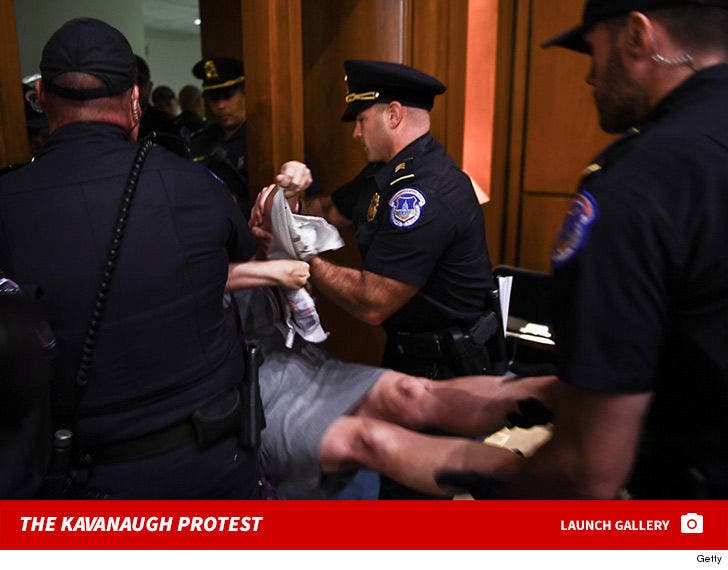 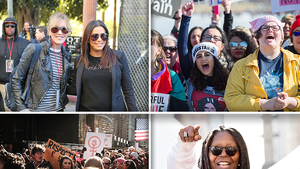 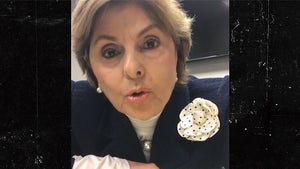