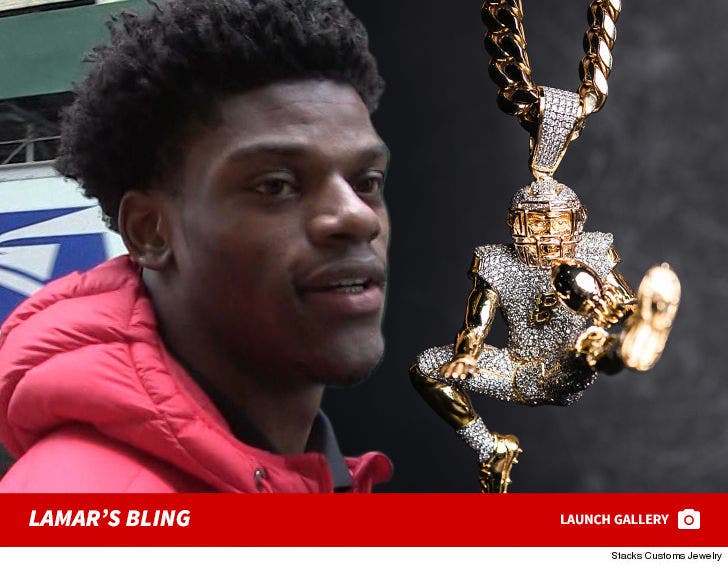 Ever made a play so dope on the football field you just HAD to have it immortalized in a $100,000 chain?!

No?? Well, Lamar Jackson has ... and he just got the bling done -- and it's possibly the sickest piece in the NFL.

Remember ... L.J. made one of the most memorable runs in college football history -- HURDLING a guy back in his sophomore season at Louisville and scoring a wild touchdown on the play.

It was insane ... and it ultimately helped him win the Heisman Trophy that season.

Soooo ... after Lamar got drafted in the first round by the Baltimore Ravens this spring -- he had enough cash to make sure he'd never forget it.

Jackson hit up Stacks Customs Jewelry in Miami ... and they got to work on the drip.

We're told the chain is 285 grams of gold with a one-of-a-kind squared Cuban link that’s only made by Stacks Customs. 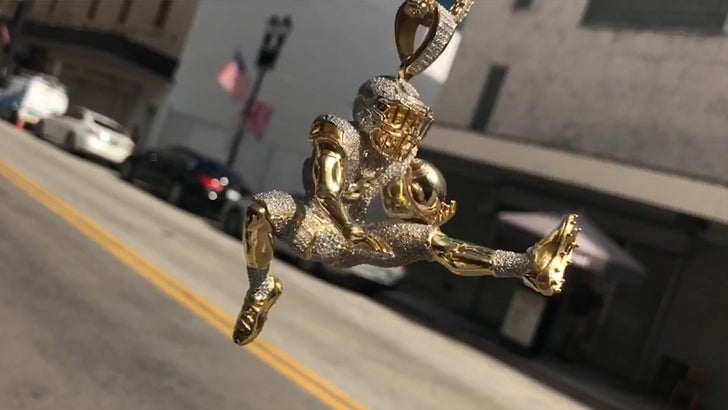 We're also told the pendant is 257 grams of gold with 25 ctw/carats of VVS quality stones.

Big blow to the wallet ... but nobody said this level of flossin' was cheap. 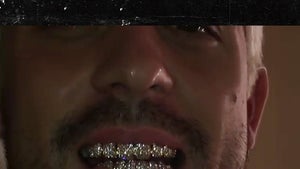 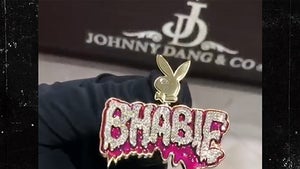