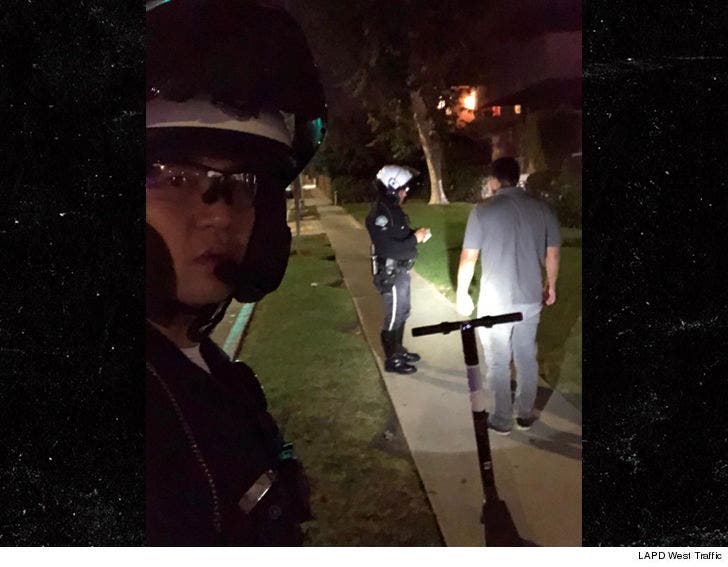 Those super popular/publicly menacing Bird scooters are NOT the most convenient way to get around ... IF you're allegedly wasted and attempting to blow past a DUI checkpoint.

This particular Bird got trapped by LAPD West Traffic over the weekend, and TMZ got this pic of the 25-year-old rider going through his field sobriety test. Law enforcement sources tell us the guy was riding by on the sidewalk. Mistake #1 -- they're supposed to ride on the street.

Mistake #2 -- we're told cops smelled booze on the guy's breath when they stopped him. Next thing he knows, instead of scooting off into the night ... he's trying to put one foot in front of the other. 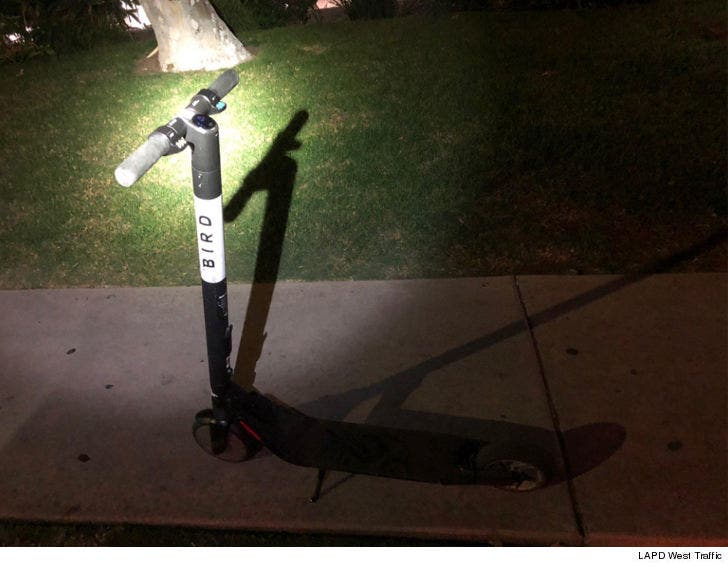 We're told he refused to take a breathalyzer test and bombed his field sobriety test. He was arrested for misdemeanor DUI.

The takeaway for all you Bird fans out there -- a motorized scooter IS a vehicle, just like a car or a bicycle, and it IS against the law to operate 'em under the influence. Bird even spells that out in its user agreement.

This concludes your Sunday Funday bummer. 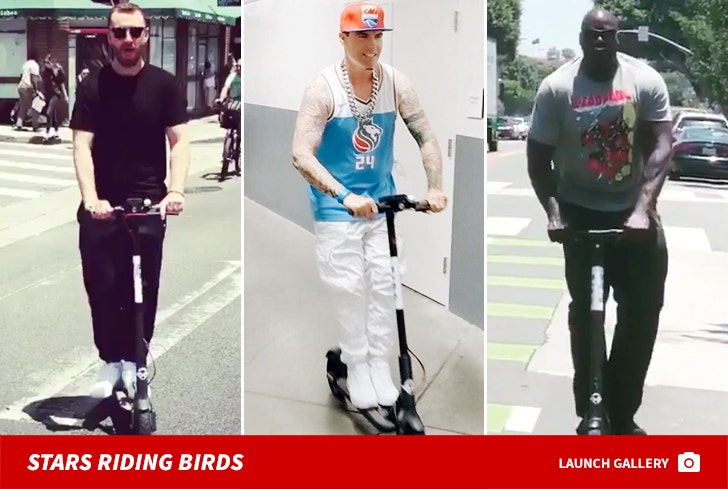 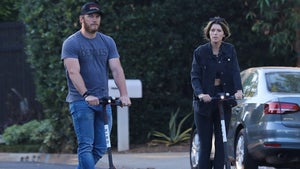