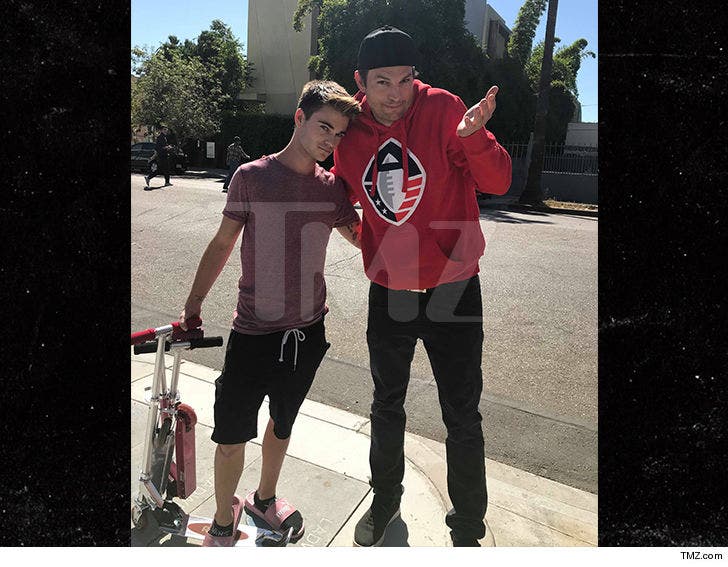 Ashton Kutcher accidentally nailed a young man riding a scooter, sending him flying through the air.

19-year-old Leo Marenghi tells TMZ ... he was scooting along Tuesday afternoon on the sidewalk and as he passed the Sunset Bronson Studios in Hollywood, Kutcher pulled out of the lot in his black Tesla. Margenghi, who works as a nanny, says the impact propelled him into the air and he landed in the street.

We're told Kutcher was concerned, got out of his car and asked Leo if he was alright. He said he was fine, save a few bruises. Leo's not in showbiz, but he couldn't resist asking for a selfie as a memento, and Ashton obliged. 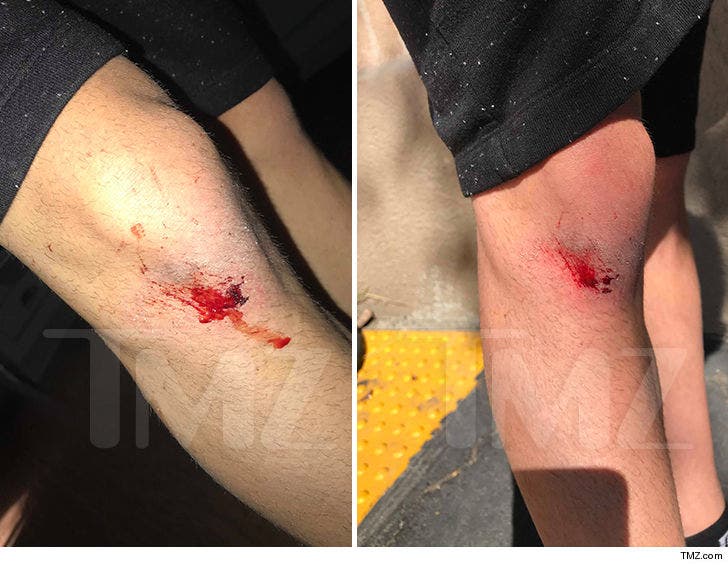 Leo, ever the nanny, was on his way to pick up his kids from school, and that's why he was carrying 2 additional scooters. 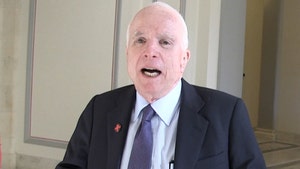