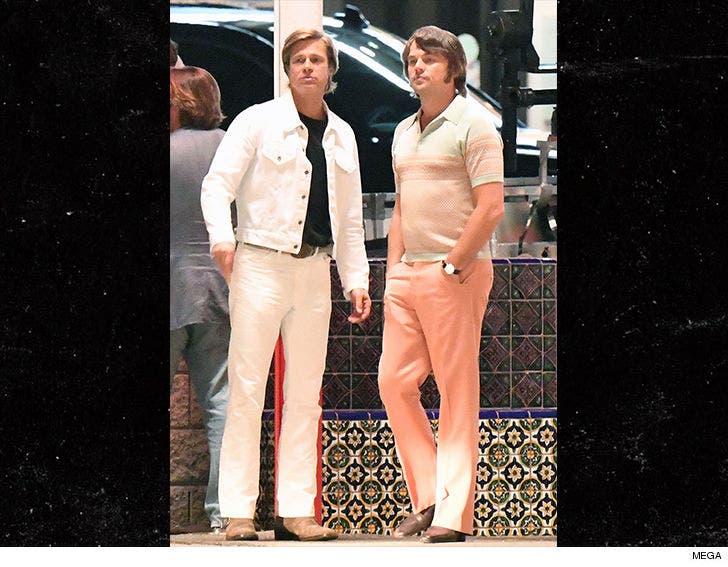 Brad Pitt and Leonardo DiCaprio (yes, that really is Leo) might not know how to party like it's 1969 but they certainly know how to act like it.

Brad and Leo threw on some groovy outfits to film a scene in Quentin Tarantino's film "Once Upon a Time in Hollywood" on Monday in L.A. Brad looked dashing as ever ... rocking a white denim top and bottom with some brown boots. Slick finish with a black t-shirt. Leo, on the other hand, was unrecognizable. 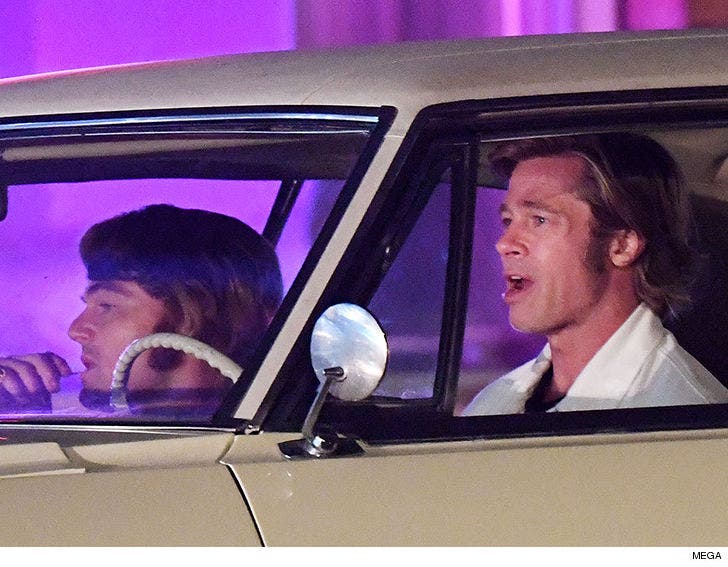 As you know ... the movie stars Margot Robbie playing Tate, who was brutally murdered by members of the Charles Manson family in 1969 while she was pregnant with Roman Polanski's child.

As we reported ... Tate's sister was PISSED Leo and Brad accepted the starring roles but she came around after visiting the set and jawboning with Tarantino.