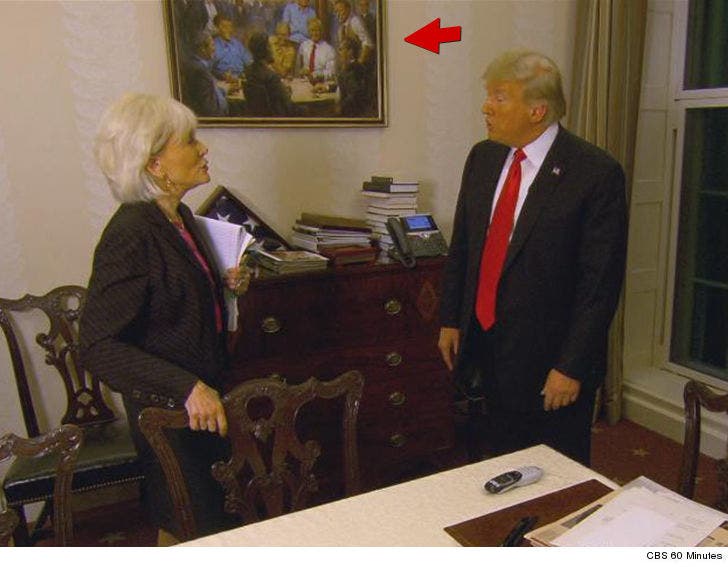 President Trump's painting featuring him with Grand Old Party presidents set the internet ablaze during his "60 Minutes" interview -- but it also lined the painter's wallet with cash.

During 45's interview Sunday night, a lot of people noticed Trump had hung up a fantasy painting on a wall somewhere in the White House. It shows Trump drinking what appears to be a non-alcoholic beverage with guys like Abraham Lincoln, Richard Nixon, the Bushes, Ronald Reagan, Teddy Roosevelt and other Republican presidents ... who all got booze nearby. 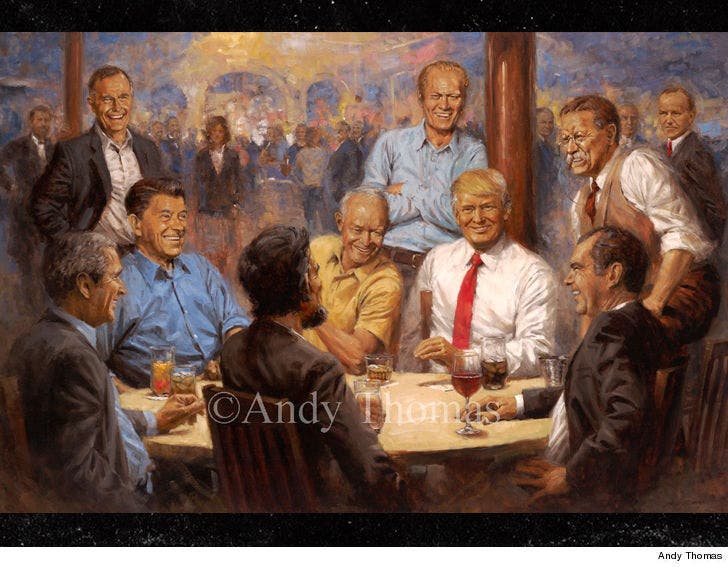 Many art aficionados mocked 45's vanity and called the painting "tacky" and "trashy" -- and also ridiculously and slimmingly flattering. There are, however, fans ... 'cause Missouri-based artist Andy Thomas tells us business has been booming in the 24 hours since his artwork aired on TV.

Andy says he and his wife woke up Monday morning with 25 new orders for prints of his "Republican Club" painting. They typically get only 3 orders a day. He tells us 60 additional orders came rolling in an hour later.

Time magazine reports on a new painting in the White House. It shows pres. Trump drinking a Diet Coke with Abraham Lincoln, Teddy Roosevelt, Richard Nixon and other republican presidents.

It isn't just the GOP boys getting love -- Andy says prints of another painting he did depicting Obama and famous Democratic presidents have been flying off his digital shelves from his website. 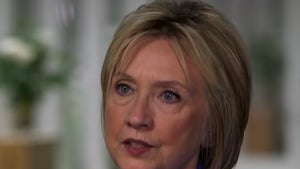