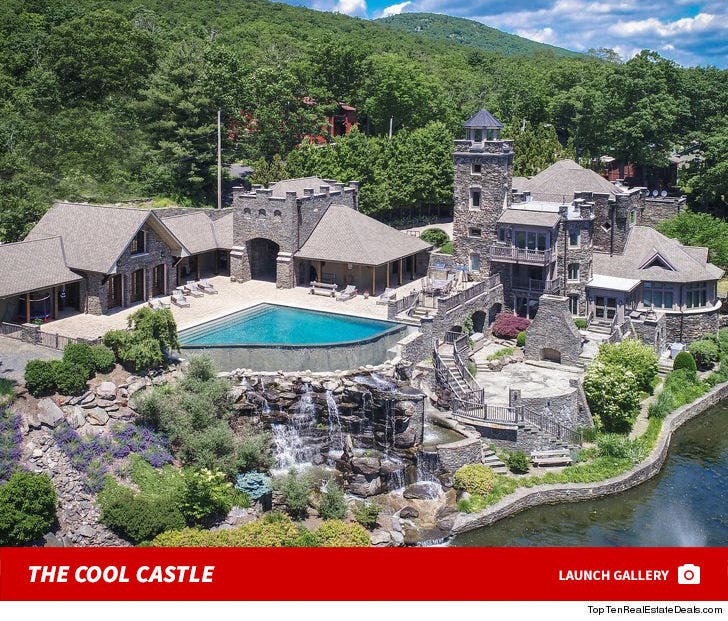 Derek Jeter ain't got time to sit on a throne anymore -- dude DOES have a baseball team to run these days -- so now you can ... if you've got NEARLY $15 MILLION LAYING AROUND!!!

The Yankees legend is parting ways with an 11,000-square-foot castle in New York that he used as a summer vacation home when he was a kid.

It used to belong to his grandpa ... but Jeter bought the Greenwood Lake place way back in 2002 -- 'cause, well, it's a dope castle.

Jeets is pretty busy now as a part-owner of the Miami Marlins ... and he says he just doesn't have time for the 6-bedroom, 4-kitchen palace anymore -- so it can be all yours, for a pretty penny.

Derek's asking for $14.75 MILLION, according to TopTenRealEstateDeals.com ... and if you wanna know what you get for that -- it comes with a game room, a sunroom, a gym, a bar -- AND A TURRET!!! 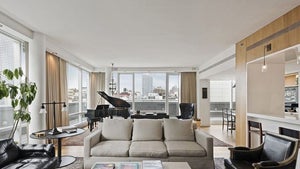 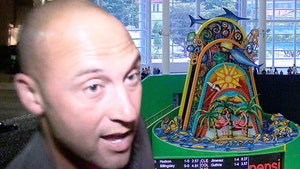