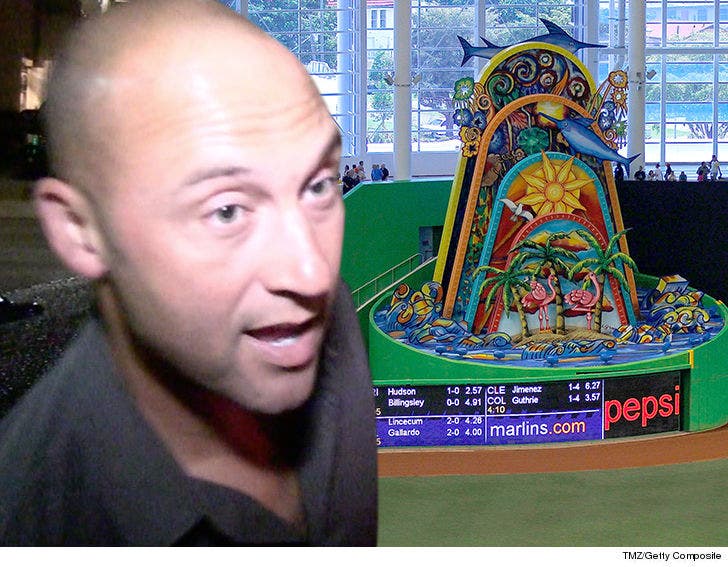 Call this career homer No. 261 ... 'cause Derek Jeter just blasted the Marlins' center-field sculpture straight outta the park in Miami -- all because he absolutely despised it.

D.J. bought the Marlins back in 2017 ... and in his efforts to wash the stench of losing off the squad -- he's been battling to punt the obnoxious outfield piece of art.

In case you might not understand why ... it's a 7-story feature of fish, flamingos, lights and water -- and it all goes crazy after the Marlins' (not so many) taters.

So, D.J.'s fought hard to get rid of it ... and finally, on Tuesday, he won permission from the county to boot the thing squarely outta sight.

The team says it's moving the piece outside the stadium ... and in its place will be an entertainment area where fans can stand and catch the game. Pretty cool, right??

As for Jeter ... he's refused to go on record with his distaste for the statue, but did say of it recently, "It's big. Yeah. It's big. It's big." 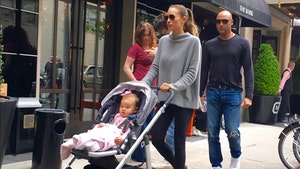 Derek Jeter Steps Away from Trash Marlins to Hang with Baby 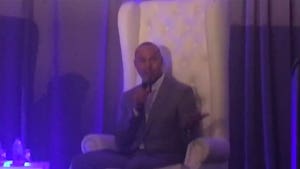