Pete addressed his breakup on 'SNL' Saturday night, and had nothing but good things to say about his ex-fiancee. He called her "a wonderful, strong person" and wished her the best.

Truth be told ... there was a small dose of hypocrisy. Pete schooled everyone that the breakup was nobody's business, yet he himself addressed it earlier in the week on stage, cracking jokes about it. And he shot a promo for 'SNL' where he obliquely referred to it.

Pete did crack a joke about moving back in with mom.

TMZ broke the story ... Ariana planned a preemptive strike in case Pete threw shade on her ... releasing her new song -- and making specific reference to him -- just 30 minutes before 'SNL' went live on TV.

Turns out ... Ariana also took the high road, and did not diss her ex. She also mentioned Mac Miller by name in the song, "Thank u, Next." 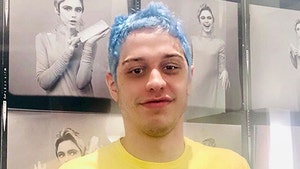 Pete Davidson's Not Blue Anymore Except for His Hair 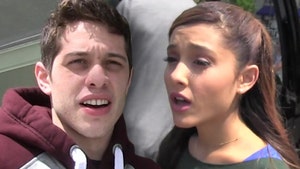 Pete Davidson & 'SNL' Back Off Ariana Grande Skit, She Felt Betrayed by Jokes