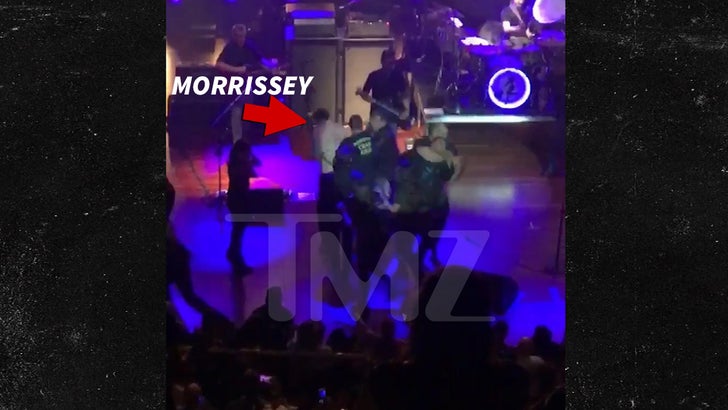 11/12 -- Morrissey's manager, Peter Katsis, has cleared up the alleged attack on Morrissey, saying it wasn't an attack at all ... just an overzealous fan. Katsis says the guy was attempting what Morrissey fans have been doing for years -- trying to touch or hug the man himself. He adds that this fan was a bit aggressive, and that's why security subdued him. But, Katsis says no one was hurt or arrested. Hell ... the fan even thanked Morrissey, saying he's got nothing but love for "El Jefe." 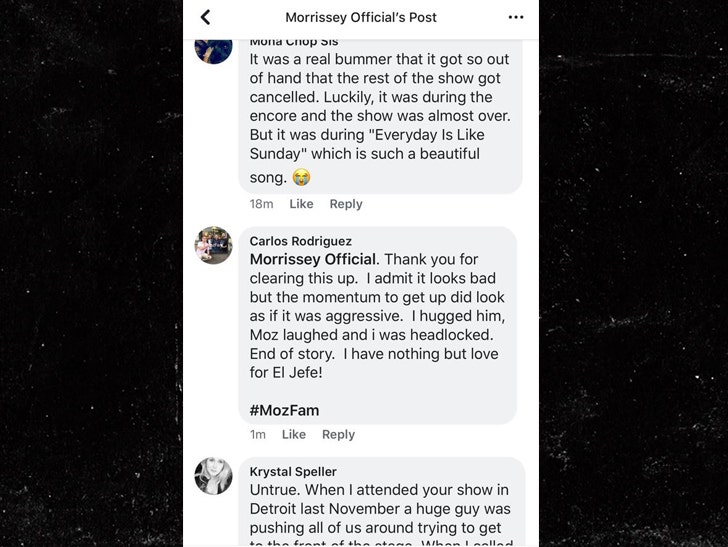 Morrissey was swept off stage Saturday night after a bunch of concertgoers rushed the stage.

It went down at the San Diego Symphony Hall, as the singer was about to do an encore at the end of his performance. One of the people who rushed him struck Morrissey ... it appears the guy struck him in the face.

Morrissey left the stage and never came back. People in the crowd waited a while but when it became apparent the show was over for good ... they left.

The guy who struck Morrissey was taken off stage in a chokehold. We do not know if he was arrested.

We don't know if Morrissey was injured during the attack.

He usually does a meet and greet after his concerts, but this time he left without any interaction. 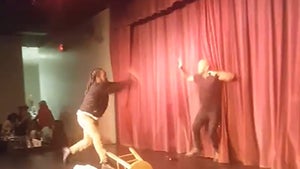 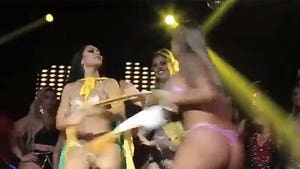 Miss BumBum Finalist Who Attacked the Winner Gets Banned for Life