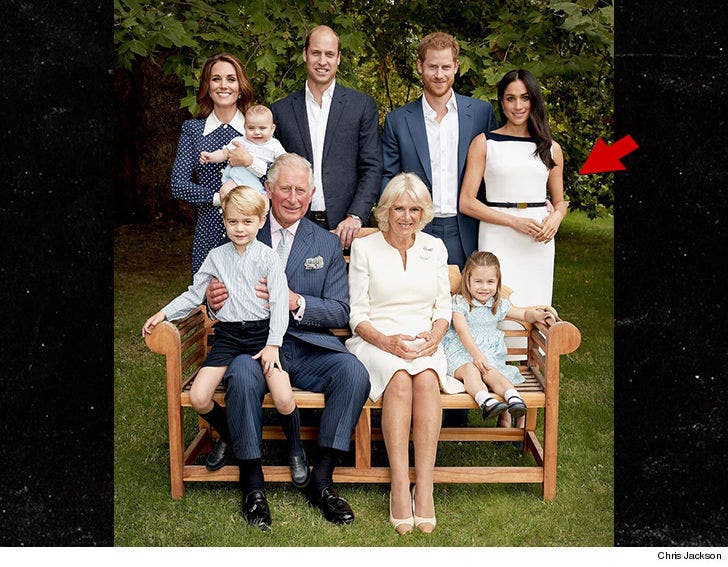 The Royals just released a family portrait for Prince Charles' 70th birthday, and HEY NOW, WOULD YOU LOOK AT THAT STEAMY COUPLE GETTING COZY IN THE BACK!!!

Our palace sources tell us the photos were snapped this summer at Kensington Palace ... which would have been right around the time Harry and Meghan learned she was pregnant, and Harry and Meghan's facial expressions make it look like they've been getting it on.

The Duke and Duchess of Sussex are looking pretty risque compared to the rest of the Royals ... Prince William isn't anywhere close to Kate Middleton's hip as she holds newborn Prince Louis.

In the front row, Prince Charles bounces Prince George on his lap as he sits next to Camilla ﻿and Princess Charlotte﻿. 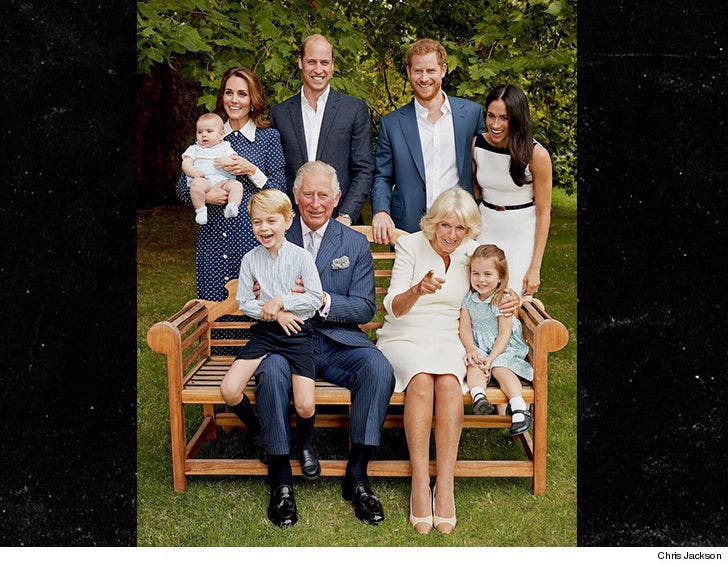 Harry kept his hands-on approach in the fun pic, with Meghan leaning in and laughing.

It's interesting ... the photos were leaked on Twitter earlier Tuesday, defying an embargo ordered by the Royal Family, but the images were quickly taken down. 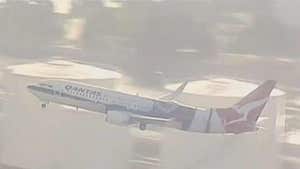