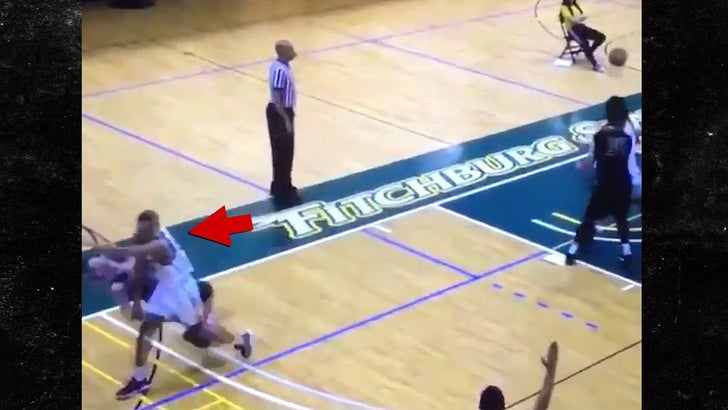 "What I did is totally unacceptable and not justified in any way. I got frustrated and lost control over my behavior. I know these words cannot undo my wrongdoings. In the future I promise to make better choices.

"I’m not only apologizing to Nate Tenaglia but also to my teammates, the coaching staff, the University and the whole basketball community."

10:07 AM PT -- Fitchburg State has suspended Platt and barred him from campus for an unspecified amount of time.

"The Fitchburg State community is appalled by the conduct displayed during Tuesday night’s home basketball game."

"His behavior is antithetical to our community values and good sportsmanship. Fitchburg State does not tolerate behavior that violates those standards. The case is being reviewed at the student conduct level for consideration of further sanctions."

9:57 AM PT -- We spoke with the athletic director at Nichols College ... who says Tenaglia was able to return to the game and is doing fine ... and says the Fitchburg State athletic director called him to apologize for the incident and will hand down punishment accordingly.

This could be the dirtiest play in sports history ... a scumbag college basketball player straight-up elbowing an opponent in the FACE after shooting a 3-pointer ... and the video will piss you off.

This all went down on Tuesday night ... when Division III teams Fitchburg State and Nichols were playing in Massachusetts.

The man on the receiving end of the punch is Nichols guard Nate Tenaglia.

People are RAGING about the video on social media ... and Michael Rapaport is calling for Platt to be arrested.

Platt was called for a flagrant foul ... and Fitchburg ended up losing the game.

We've reached out to Fitchburg State, Nichols and the Massachusetts State Collegiate Athletic Commission for comment ... so far, no word back. 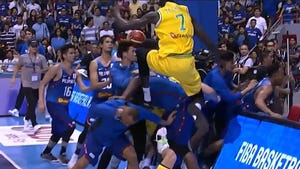 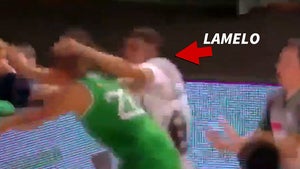