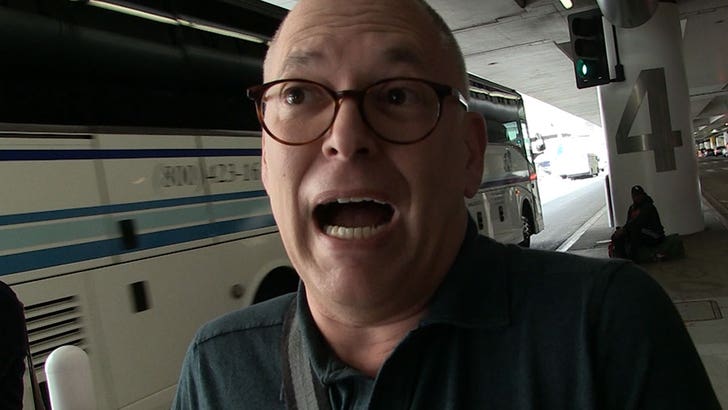 Jim Obergefell -- the gay man who took his fight to marry the person he loves to the United States Supreme Court and won -- is scared to death gay marriage could be a thing of the past.

We got the plaintiff in the landmark 2015 case, Obergefell vs. Hodges, Tuesday at LAX, and laid it out in clear terms ... Donald Trump has already fundamentally altered the federal court system and there's a chance the declaration that there's a Constitutional right to marry the person of your choice may be overturned.

His fear has some basis in fact. Trump's 2 additions to the U.S. Supreme Court swing the balance of the court to the right. It's especially important because the gay marriage decision was decided by a 5-4 vote.

Jim has some advice, but it's definitely not bulletproof.