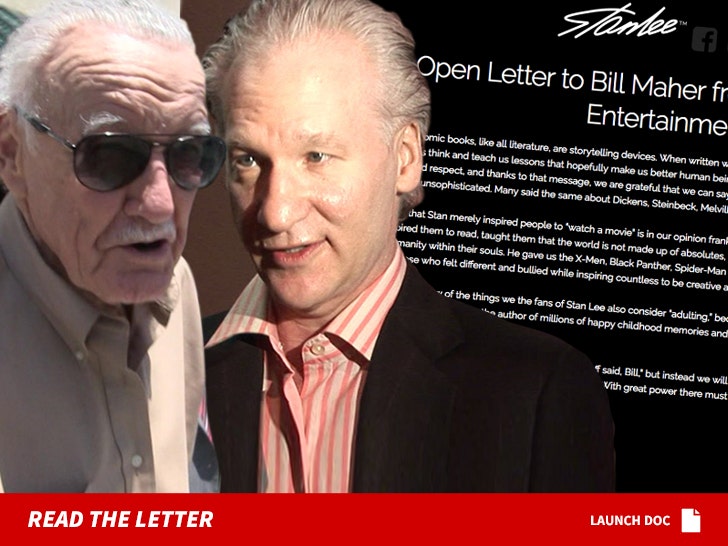 Bill Maher just got a famous "Spider-Man" quote dropped on his head after he attacked Spidey's creator, Stan Lee ... accusing him of making Americans so dumb they elected Donald Trump.

Stan's team added, "Countless people can attest to how Stan inspired them to read, taught them that the world is not made up of absolutes, that heroes can have flaws and even villains can show humanity within their souls."

And, their coup de grace ... "We will rely on another of Stan’s lessons to remind you that you have a powerful platform, so please remember: 'With great power there must also come -- great responsibility!'"

As we told you, Bill claimed Stan's loyal fans "pretended comic books were actually sophisticated literature" ... and said Trump "could only get elected in a country that thinks comic books are important."