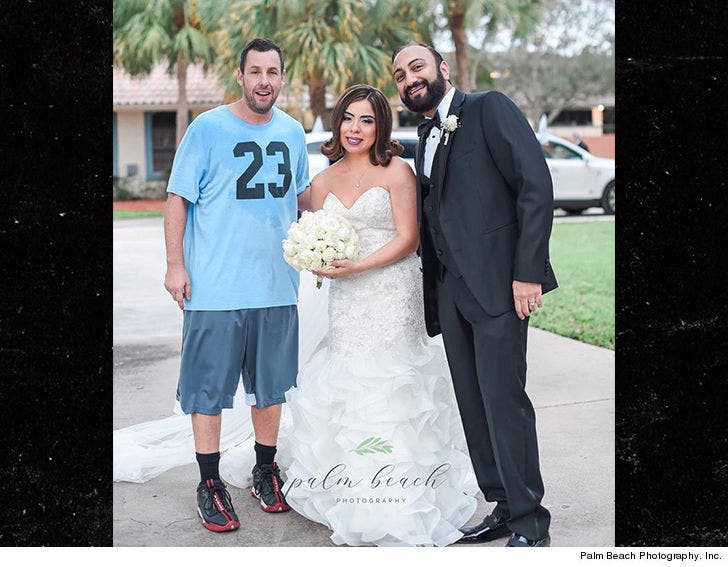 Adam Sandler reprised one of his best roles at a wedding for a lucky bride and groom, except this time he wasn't crooning about how much love stinks ... just hoopin'.

The newly hitched couple, Tatiana and Karan, hit up a park Saturday in Boca Raton, FL -- where they were set to take pictures with Palm Beach Photography -- and the pair noticed a familiar face on the basketball court ... none other than Robbie Hart himself.

We're told Karan asked Adam if he was up for taking a photo -- an official wedding photo, no less -- and he happily obliged. Granted, he wasn't suited and booted like he was in the 1998 cult comedy classic -- but he posed for a photo-op anyway ... sweat and all. 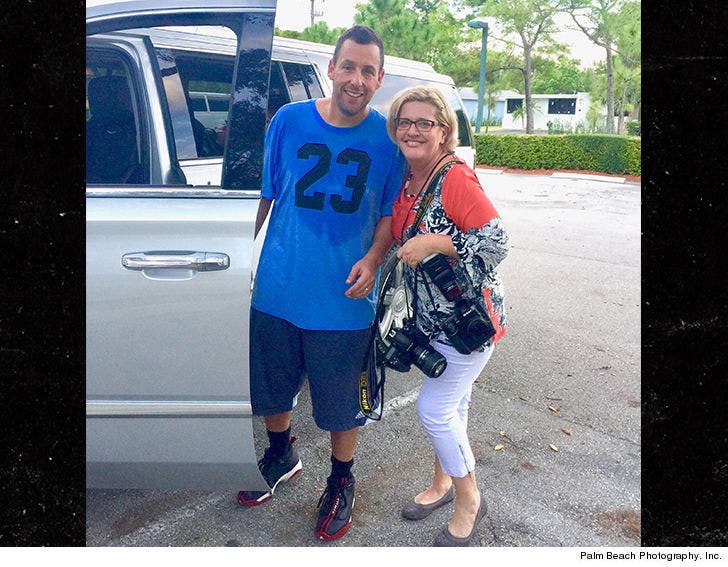 And when we say sweat ... we mean it. The dude was completely drenched, as you can see more clearly in this shot he took with the photog herself. Gotta go hard when you're reppin' 23, right?

And, of course, since we're talking Sandler and weddings, here's a little mood music for ya. Tatiana and Karan are newlyweds ... WHOOPITY DOO!!! 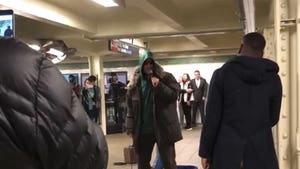 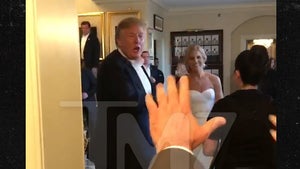