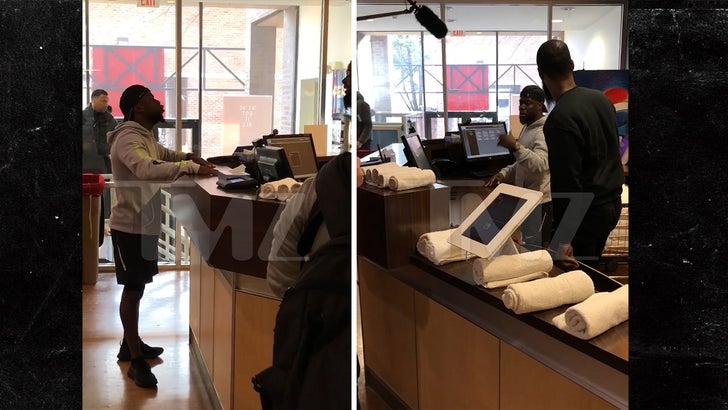 Kevin Hart is taking over a gym in Philly for Mountain Dew in what appears to be a new ad for the green pop ... and a peek behind the scenes looks promising for laughs.

TMZ has obtained footage of Kevin at a Philadelphia Sports Clubs gym early Sunday morning, where cameras were rolling as he got a lesson from an employee on how to work the front desk. From the looks of it here, Kev's got it all under control.

He hilariously gives a blow-by-blow of what he plans to be doing behind the desk -- "I'ma get back here, and I'm gonna help people!" -- while the gym worker gives him a quick rundown on how to check first and last names. Simple enough ... go dew you, "Daniel."

Hard to tell if this is part of a bigger ad campaign by MD, but it wouldn't be surprising if it is. Kevin's done plenty of TV spots for Mountain Dew in the past ... most were pretty funny.

If this ends playing like a full-on skit, though, it could be his best yet. Stay tuned ... 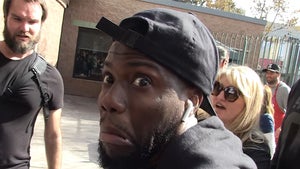 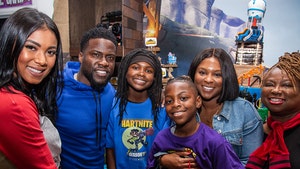