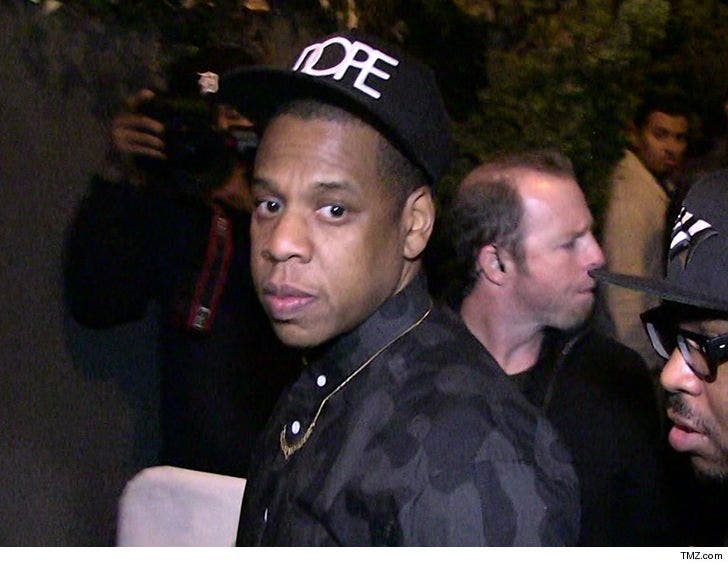 4:00 PM PT -- The judge has granted the TRO, staying the arbitration until the next court date. Spiro tells TMZ that the order "is a victory for everyone."

To paraphrase Spike Lee's "Do the Right Thing" ... Jay-Z wants to see some black faces on a list of potential arbitrators to handle a legal battle over his company's logo, and until he does ... TMZ has learned he wants to pump the brakes on the case.

According to docs, obtained by TMZ, Jay-Z's lawyers are requesting a restraining order that would put an immediate halt to the lawsuit Iconix Brand filed against him. In the docs, Jay-Z's attorney, Alex Spiro of Quinn Emanuel Urquhart & Sullivan, says they've been given a deadline of Nov. 30 to choose an arbitrator in the case, but the list of candidates they've been given is, quite frankly, too lily white.

TMZ broke the story ... Iconix Brand says it paid $204 million for merchandising rights for the Roc Nation logo. Iconix sued Jay because the logo got slapped on a bunch of MLB gear without its permission. Both sides have agreed to handle the dispute in arbitration, rather than open court.

However, Jay's legal team is clearly concerned the lack of diversity could hurt their chance of getting a fair shake in the case.

In the docs, they say they initially got a list of 200 potential arbitrators, NONE of whom were African-American. After they complained, they got a new list of 6 arbitrators "of color," but one of them is a partner at the law firm repping Iconix ... a clear conflict of interest.

Jay-Z's team wants the restraining order so they can determine if the other candidates have similar conflicts. Bottom line ... they need more time and more black arbitrators.