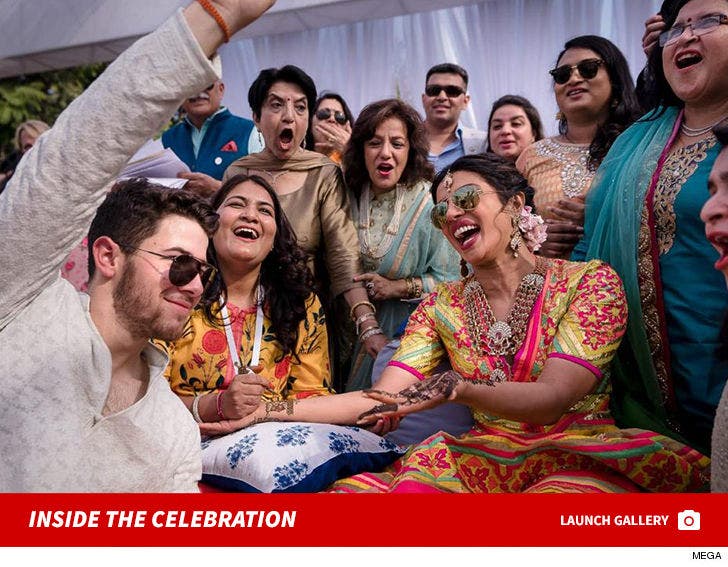 Priyanka Chopra and Nick Jonas are husband and wife -- they tied the knot Saturday in a traditional Western ceremony but kicked off the celebration with an Indian tradition ... filled with family, booze and laughter.

The couple walked down the aisle in the Umaid Bhawan Palace in Jodhpur, India. They both wore Ralph Lauren, according to People ... which is totally on point, considering they were both rocking RL for their "first date" at the 2017 Met Gala.

But, before they said "I do" ... they partied hard during an Indian tradition called the Mehendi. It's like a pre-reception, and based on these pics it was a laugh riot. Priyanka was a rocking a vibrant, flowing dress as she and Nick kicked off the celebration with close friends and family ... including Nick's bros and Joe Jonas' fianceé, "Game of Thrones" star Sophie Turner.

Priyanka said, "One of the most special things our relationship has given us is a merging of families who love and respect each other’s faiths and cultures."

After the wedding ceremony, the couple arranged for a massive fireworks display above the palace. 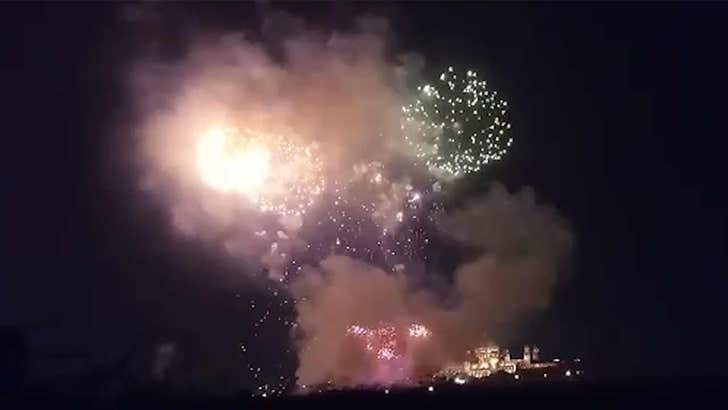 By the way, all the Jonas Bros -- Frankie, Kevin and Joe were Nick's groomsmen, as well as Priyanka's brother, Siddharth.

The party ain't over, though. They're reportedly having a second, traditional Indian, wedding ceremony on Sunday.