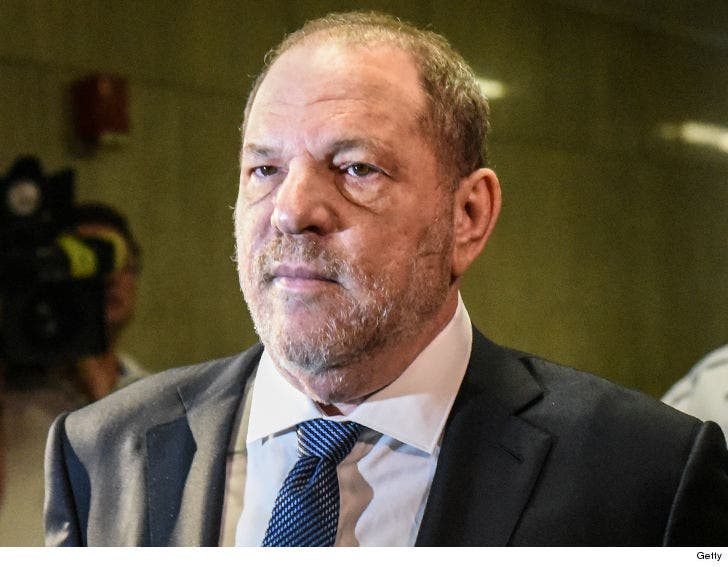 1:23 PM PT -- The Assistant District Attorney just submitted a letter to the judge in response to Weinstein's new docs, saying, "The defendant filed an addendum to this argument ... describing a communication involving this same witness ... when read in conjunction with the grand jury minutes, this is not exculpatory information."

The letter continues ... "The defendant has a misguided and antiquated view of how a rape victim should react after having been assaulted does not change this reality."

Harvey Weinstein says the woman alleging he raped her sure didn't act like it, because she showed up at HIS movie screening just hours after the alleged rape.

Weinstein's legal team fired off a letter informing the judge in his rape case ... they've found an email between Weinstein's assistant and a friend of the alleged victim, and the timing is key ... they say.

The email is an invitation to attend a screening for one of Weinstein's projects. It was sent to an unidentified woman -- her name's been redacted -- and said she could bring 3 guests with her. 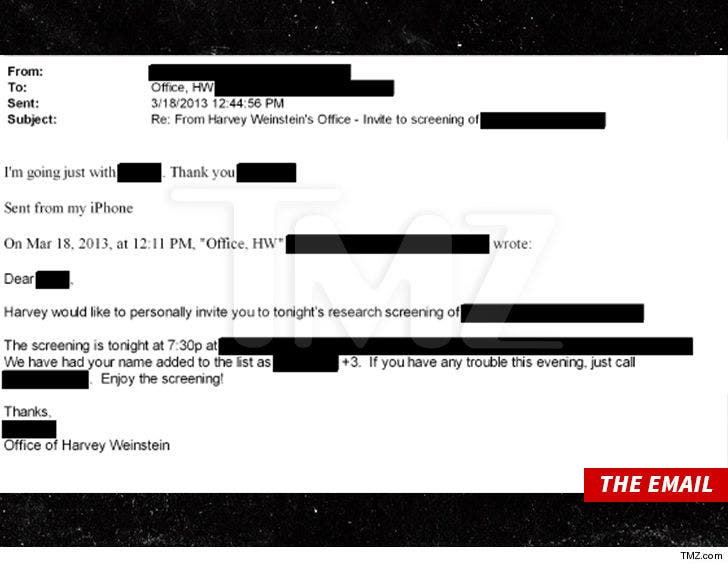 The invitee responded to Weinstein's assistant, "I'm going just with (name redacted)." According to Weinstein's attorney, Ben Brafman, the guest she was bringing is one of the alleged victims.

The alleged rape happened the morning of March 18, 2013 -- and the email exchange happened later that afternoon. Brafman says the friend confirms she and the alleged victim not only attended, but met up with Weinstein at the screening.

Brafman insists this is "strong evidence that she was not raped" -- why would an alleged rape victim "go out of her way to spend time with her 'rapist' merely hours" after the alleged attack? 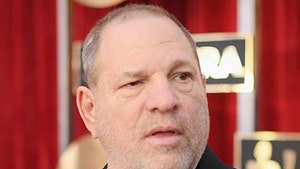 Harvey Weinstein Desperate to Clear His Name, Fires Off Emails to Media 'Friends' 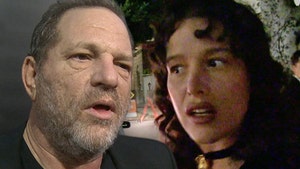