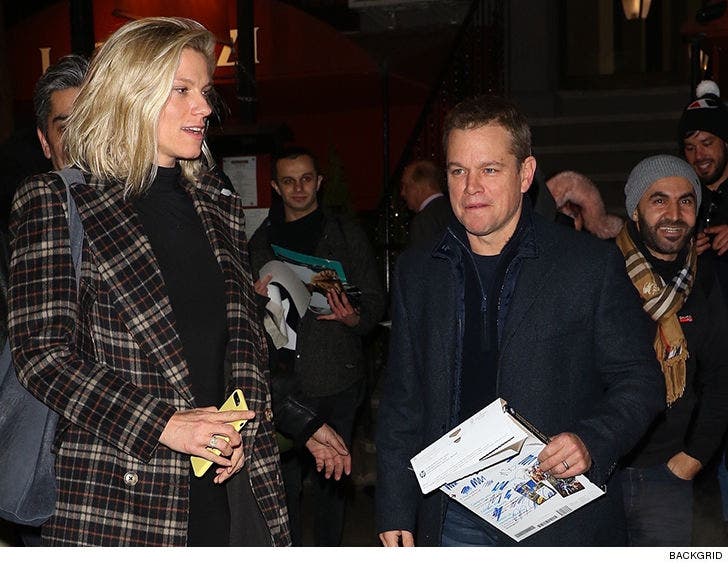 Matt Damon and Ben Affleck are like brothers, so our eyebrows went north when we saw this pic of Matt hanging out with Ben's ex after a bad breakup.

Matt broke bread with Lindsay Shookus Tuesday night for an 'SNL' bash at Lattanzi Restaurant in NYC. You're looking at the 2 of them leaving, and Matt seemed to divert more smoothly than Jason Bourne ever did on screen.

By all accounts, Ben's drinking played a big role in the breakup. TMZ broke the story Ben decided he needed help and went to rehab. He's been out for a while and is now clean and sober.

Considering Matt is hosting 'SNL' this coming Saturday, it might just be a business thing that Ben and Lindsay were both at the same party -- Lindsay's a producer for the show. Matt, of course, also slayed as Brett Kavanaugh on 'SNL' this year, so they clearly have had interactions on the set. 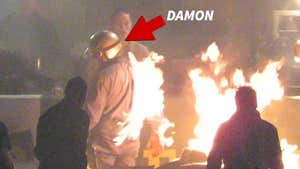