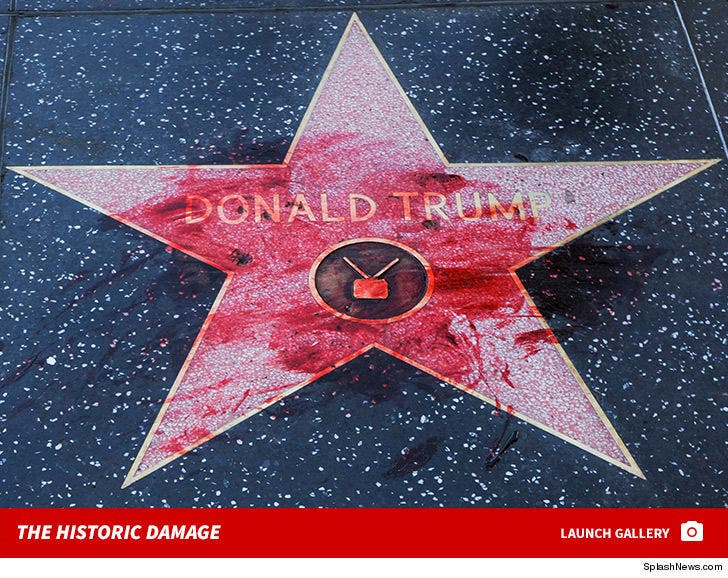 Donald Trump's star on the Hollywood Walk of Fame got tagged with swastikas and doused with fake blood this week ... but cops aren't beefing up security to crack down on more possible vandalism.

We're told there isn't enough manpower to protect an individual star, but cops do have a camera nearby it uses to monitor the area. We have one too ... and it caught both vandals in the act. 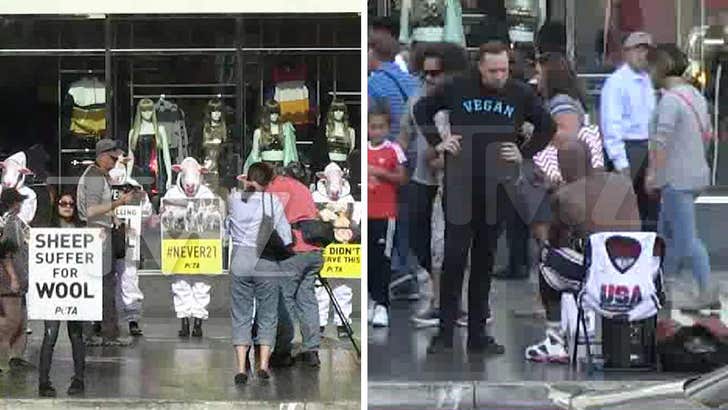 Our sources say routine police patrols will remain and cops will respond to vandalism calls ... but that's it.

As we told you ... the defacement's were dealt with quickly ... at some expense.

Earlier in the year, someone drew prison bars over the star (which we also caught on camera) ... and there was a SECOND pickax incident too. 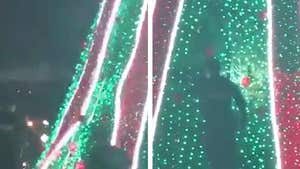 Man Climbs National Christmas Tree, Comes Down and Gets Sent to Hospital 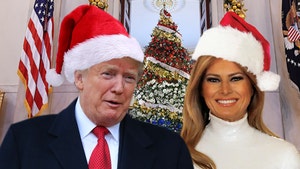