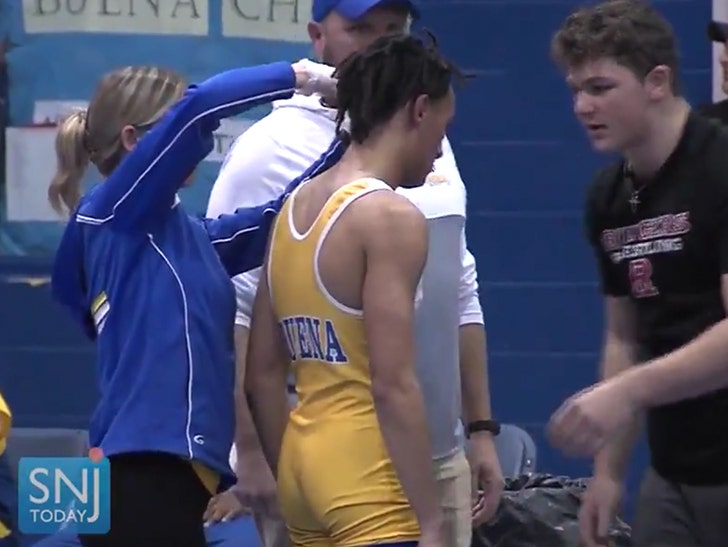 The brutal decision wrestler Andrew Johnson was forced to make didn't have to end the way it did, because dreadlocks can be reattached ... but not in his case, because we've learned all the hair that was cut off was thrown in a dumpster.

Fact is ... dreadlocks can be reattached in a number of ways. It's a process that typically takes a few months to complete, but it's doable. Dreads can be fused together, even after some are cut off.

We're told almost immediately after the referee for Andrew's wrestling match gave him the impossible ultimatum, the dreads were swept up -- no questions asked -- and thrown in the trash.

Sources connected to Johnson's family tell TMZ, Andrew has done nothing with his hair since it was butchered at the meet. He's gotten a bunch of offers from various hair care professionals, but so far he's made no decisions.

As we reported, Andrew and his family have not decided whether to pursue legal action against the referee or the school. They're waiting for the results of the investigation by the New Jersey Attorney General's Division on Civil Rights.

As you know ... referee Alan Maloney stepped in right before Andrew was getting ready to compete for his New Jersey high school, and told the 16-year-old black wrestler to either chop off his dreads or forfeit the match. It all went down in a matter of minutes, leaving Andrew with little time to process what was happening﻿.